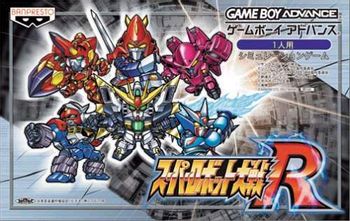 This is the second SRW with a focus on Time Travel, the first being Super Robot Wars Alpha Gaiden. Depending on the player's choice, the game revolves around either Raul Gureden or Fiona Gureden, pilot of the prototype rescue unit "Excellence", alongside co-workers Raji Montoya and Mizuho Saiki. Equipped with the "Time Flow Engine" into the Excellence, the three ally with the Nadesico B or the Ra Cailum, hoping to promote their machine for funding towards further development. However, a mysterious being named Duminuss wishes to use the Engine for its own purposes. Things take a turn for the worse when Raul/Fiona are accidentally sent to the past during a scuffle with Duminuss, where they have to make a decision to let history flow as it is or attempt to correct the events leading to the present, in order for a better future.