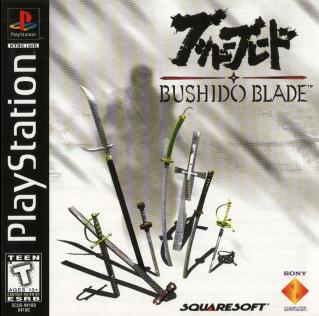 The games' plot focuses on two rivaling schools: the Narukagami and the Shainto. The Narukagami has its own dojo, the Meikyokan, and a secret assassin team known as Kage. The first game deals with Tatsumi's attempt to leave the Kage after its leader became insane due to a cursed sword. The second game starts with the Shainto's raid of the Meikyokan in an attempt to recover said sword, and then use it to end their enemies once and for all.

These games differ from traditional Fighting Games in many ways. A quick list: no life gauges (a well-placed attack can be a One-Hit Kill!), ability to injure (slashing an arm or a leg cripples the opponent), everyone has a real weapon (mostly melee, but a few characters use guns) and use them fairly realistically, easy-to-use simple specials that are typically just a different type of attack (stabbing as opposed to slashing), hitting a critical spot can make an opponent slowly bleed out, and other more realistic features that are rare in the genre.

After its second game, arguments between developer Light Weight and Squaresoft ended in the franchise's demise.

There was a spiritual successor with Kengo (Kengo: Master of Bushido in the West) developed by Light Weight and Genki, and published by Crave and Majesco Entertainment, which also became it's own series of games. Kengo also featured highly strategic fighting, one hit kills, crippling limbs, and forcing an opponent to bleed out, however it introduced life and "spirit" gauges, training mini games, and a leveling system.