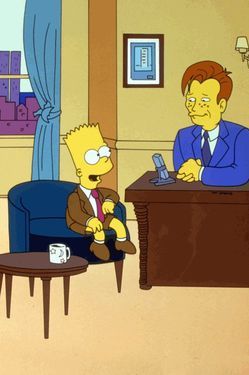 While on a boring field trip to the box factory, Bart makes a break for it to Channel 6 Studios, home of Bart's favorite show, Krusty the Clown, and gets a job as Krusty's assistant — then becomes an accidental star after screwing up during a live sketch and blurting, "I didn't do it!"