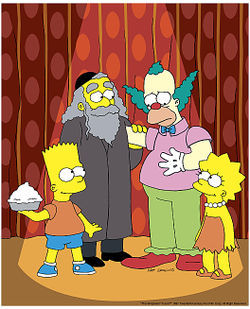 In the second (and last) episode directed by Brad Bird, Krusty the Clown has dinner with the Simpsons as a "thank you" for Bart clearing Krusty's name (as seen in the season one episode "Krusty Gets Busted"), but the laughs turn to tears when Krusty's Hebrew blessing brings back memories of growing up with a rabbi father who disowned him after finding out his son wanted to be in showbiz. And when Krusty's personal life begins affecting his career, it's up to Bart and Lisa to track down Krusty's father and make amends.