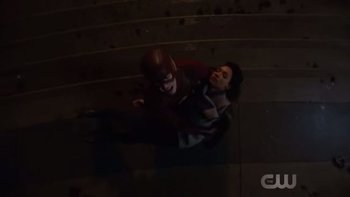 Barry needs a power cell from a Dominator ship to power the weapon that will be the key to stop Savitar. A.R.G.U.S. has one, but with Lyla refusing to hand it over, Barry decides to take it himself. He knows he needs help, so he decides to go back in time and recruit his old nemesis turned anti-hero, Captain Cold.