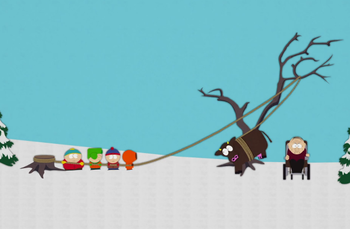 While the parents of South Park head to New York to protest a TV channel over its most vulgar flagship show, Kenny gets explosive diarrhea (which spreads to the protesters) and Stan, whose 102-year-old grandfather keeps asking him to kill him, tries to get advice over whether it's right to assist someone with suicide.