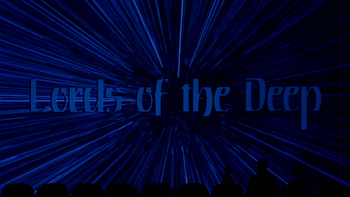 "Y'know, some people see these opening credits in white and gold

Tropes pertaining to aforementioned film can be found here.

The sea creature gives the unconscious Claire a hug.