Best Out of Infinity 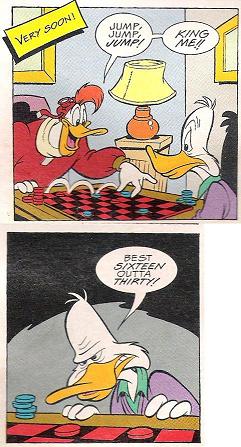 A character insists on replaying a game until they manage to win at least one game. They will insist on rematches forever, no matter how much or by how much they have lost. If there is money riding on the game, the character will increase the money in the pot forever until they can win.

Concepts related to this include the Sunk Cost Fallacy (which is a real life motivation for behavior such as this) and the Failure Montage, a common way of establishing the amount of times a character has lost. The character demanding a rematch is almost necessarily either a Sore Loser or a Determinator, depending on whether they refuse defeat out of a shortage in sportsmanship or a surplus in resolve.