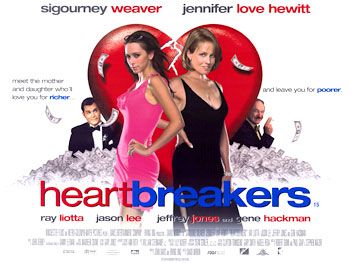 The plot follows Max and Paige Conners (Weaver and Hewitt respectively), a pair of mother and daughter con women. Max marries rich men and then quickly sets them up to cheat on her with Paige and then claims most of their money in a divorce settlement. When the movie starts Paige wants to break away from her mother and start conning on her own but the IRS has just seized all their money so the two decide to pull off one big con on Palm Beach. Max poses as a Russian woman to snag the billionaire William B Tensey (Hackman) in hopes of paying off the IRS and setting Paige up for conning on her own. Meanwhile Liotta plays Dean, the last man the women conned, who wants a second chance with Max and stumbles across their con.