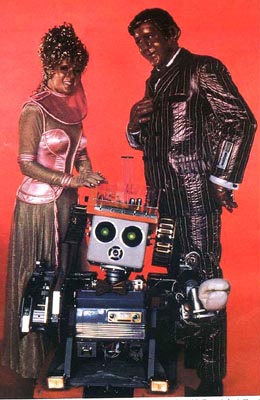 Introducing the humanoid robot versions of WALL•E and EVE
Advertisement:

Directed by Allan Arkush and written by John Hill, Heartbeeps (1981), starring Andy Kaufman, Bernadette Peters and Randy Quaid with Jerry Garcia as the voice of Phil, and Jack Carter as the voice of Catskil, is about Val and Aqua, two household serving robots who start feeling emotions for one another. After falling in love, they decide to escape from their servitude and attempt to start a family of their own.