"You are the unwanted criminals, the animalistic beasts, the inhuman freaks, you are the societal rejects left behind by the rest of humanity. The outside world can't reach you in here!"
— Mr Dittatore, Animali Academy principal

A half dog half wolf Bifera. He's a student at Animali Academy and is the younger brother of Acid Hokkaido. He's naive, lovable, and needs to have all sugar kept away from him. Charlie somehow sees the best in everyone and refuses to be afraid of people unless they give him a reason to, he's also smarter then he acts and knows how bad the world he lives in can be. He is also somewhat invulnerable to physical harm.

Official Hitoshi reference
"What brings you to hell?"

A human criminal and student at Animali Academy. Many other students fear him for his bad reputation, but can be a sweet guy if you can manage to get him to show his soft side. He loves cute things like Hello Kitty and struggles with his racial identity. Acid warns Charlie to stay away from him because he's dangerous. He does the best in art class and somehow can touch Fire without getting burnt.

A reindeer Bifera and a student at Animali Academy. He's Charlie's best friend and one of the strongest characters. The staff at Animali Academy have labeled him dangerous for his uncontrollable strength and anti-social behavior, forcing him to wear an orange band showing that he's dangerous. Luckily, Dhoe is a pacifist and hates all forms of violence. 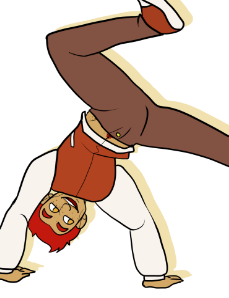 A Utrumque Animali Academy student who is the physical embodiment of fire. He's a new student and him and Hitoshi are very close. Due to being the embodiment of fire he burns whoever he touches and burned the arm band they gave him when labeling him as dangerous. He's friendly and kind most of the time but has a temper. 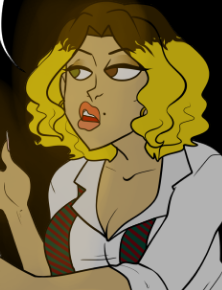 Gabe's first speaking appearance in the comic
"Did someone say spicy!?"

A human (and criminal) Animali Academy student and Hitoshi's frenemy. She is the leader of the Flavor Trio and Lucas's girlfriend. Despite being mostly uncaring she can be a loyal friend and is very smart. Her greatest loves in life are spicy foods. 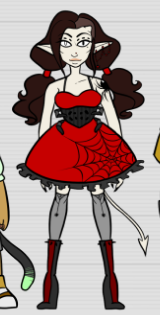 Official Aracia reference
"How can you be mad at that face!"

A spider Bifera student at Animali Academy and Spyder Paukoobraznyy's younger sister. Despite looking scary to those to don't know her, Aracia is very sweet and trusting (unlike her brother). She is good friends with Charlie and loves Spiderman and other comic book superheroes.

Official Coco reference
"Yeah so cute. Fucker I said you could have a bite."

A cat Bifera student at Animali Academy and Charlie's friend. He's a transgender male and doesn't think very highly of himself. He loves cats and often feeds the stray ones that come to visit his apartment.

A husky (dog) Bifera student at Animali Academy and Charlie and Acid's cousin. He's a prostitute and member of Hitoshi's band Tattoo Parlor Quintet. Despite him being a little rough around the edges, he's a good guy who loves his cousins dearly. Yuuki has healing powers but isn't immortal. 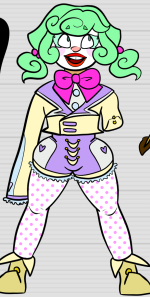 A clown student at Animali Academy. They're missing their right arm. 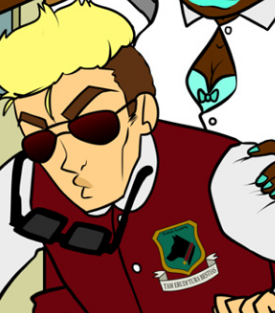 Lucas getting pushed by Kiki

A human (and criminal) student at Animali Academy. He's Gabe's boyfriend, the most popular guy in school, and has endless admiration for celebrity Hollywood Heights.

Official Acid reference
"It's a human world Charlie, even in a school made just for us humans still rule."

A wolf Bifera and a teacher at Animali Academy. He's the older brother of Charlie Hokkaido and older cousin of Yuuki Hokkaido. Acid cares deeply for his younger brother and wants to protect him from the cruel world they live in, even if that means being harsh at times. Even though he's easily angered he wants his students to do well and for his brother and cousin to live a good lives.

Official Spyder reference
"Lateness gets you detention in dark hell room you know." 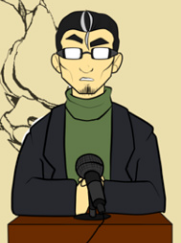 Mr Dittatore's first appearance in the comic
"All of these rules must be followed."

The human principal of Animali Academy. He hates his students for being inhuman and criminals. 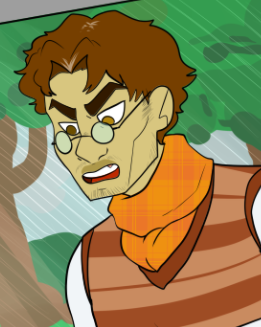 Mallory's first appearance in the comic
"I hope you're not that rude with the other teachers. They're not all as nice as me." 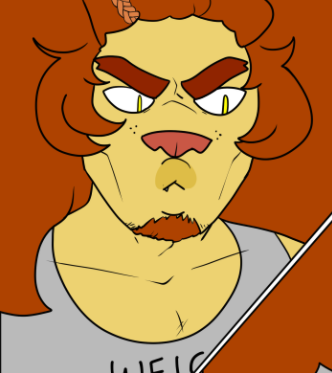 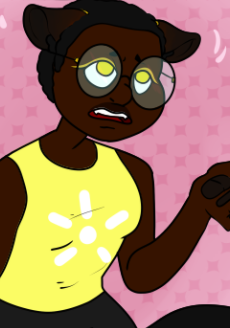 Jane's teaching assistant and the health teacher at Animali Academy. She is a black panther Bifera.

Characters who aren't students or teachers. 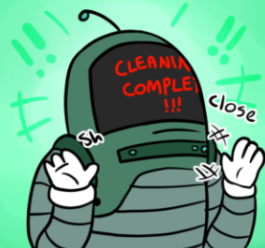 A robot made by Spyder to guard Animali Academy and clean. The students love him, though Mr. Dittatore treats him badly.