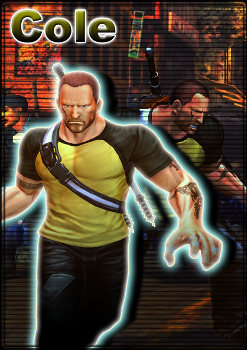 Is this man a hero, or a villain?

A former bike messenger from Empire City, who was given powers when a package (i.e. the Ray Sphere device) he was delivering explodes, cause the city to fall into anarchy. Now with the ability to manipulate electricity as a weapon, Cole must use his powers to defend the innocent from the arrival of The Beast, a being intent on destroying the very fabric of reality. 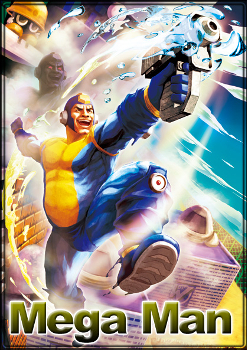 Not necessarily that one. What you've got here is the interpretation of the Blue Bomber from the infamous North American box art for the original game

◊ (you know, the one that didn't describe anything about the game itself), often known as Bad Box Art Mega Man

. Not content with simply just porting over that vision of Mega Man, the one presented in Street Fighter X Tekken appears as if he spent the last 20 years on the couch then suddenly wants to get back into the action. He's overweight, bears a butt-chin with stubble, and his outfit barely fits anymore. He's still pretty nimble, though. He fights with his handheld blaster gun (as opposed to the real Mega's inline arm cannon). 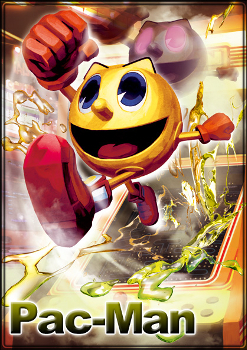 Namco's mascot character, the little yellow circle that eats up pellets and gets harassed by a squad of ghosts while navigating a maze. In Street Fighter X Tekken, Pac-Man boards a big robot that looks like Mokujin from Tekken in order to compete. The robot is capable of firing lasers and Pac-Man is seen helming it from the top. Sometimes Pac-Man himself will get involved (such as head-butting his opponent). 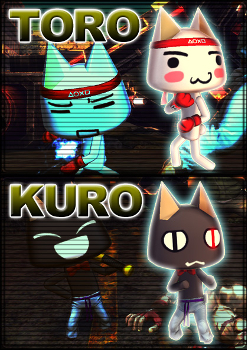 The cat who wants to be human
Two Dimensional Justice