open/close all folders
Slappy the Dummy 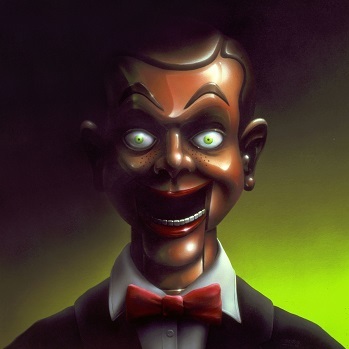 "Amy, I can hurt you and your family in a hundred ways."

The Big Bad of the "Night Of The Living Dummy" series of books and currently the one reoccurring character to appear in the most books.

Night of the Living Dummy 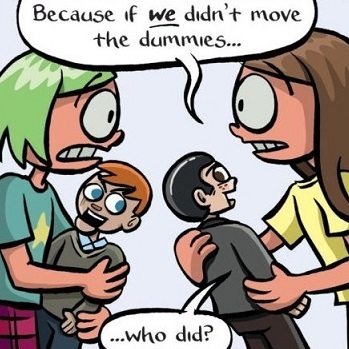 The original protagonists of the Night of the Living Dummy series, two twin sisters who share a rather intense sibling rivalry that gets enflamed when Lindy finds Slappy abandoned in a nearby dumpster and gains newfound popularity with her ventriloquist act. 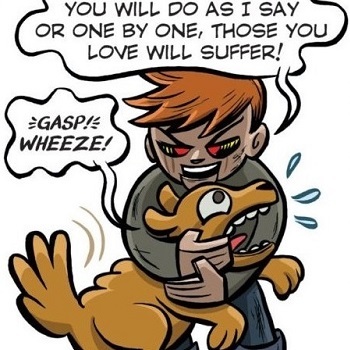 The original living dummy from early in the series. Mr. Wood was given to Kris after her sister Lindy found Slappy, and he was the one who initially came to life and tormented the girls. He was killed off in the book's ending and hasn't appeared since in any of the other books.

Night of the Living Dummy II

"Anyway, I'm the one with the most problems on Family Sharing Night. Because I'm not really talented the way Sara is. And I'm not a total goof like Jed. So I never really know what to share."

The protagonist of Night of the Living Dummy II. Amy is the middle child of the Kramer family and never seems sure on what exactly she wants to share on Family Sharing Night. She is also an avid ventriloquist who often uses her old dummy, Dennis, for her act, only for the latter's head to pop off every time she performs with him. So she ends up with Slappy instead, who caused mischief for Amy and gets her in trouble with her family, who believes that their middle child has totally lost it.

Amy's older sister and younger brother in Night of the Living Dummy II. The former is a talented painter while the latter is an obnoxious prankster.

Amy's dummy, who is falling apart. He's just an ordinary dummy with no special powers. Or is he?

Night of the Living Dummy III

The protagonists of Night of the Living Dummy III, two siblings with a father with an interest in ventriloquism who acquires a certain dummy, around the same time as their cousin comes to visit them.

Bride of the Living Dummy 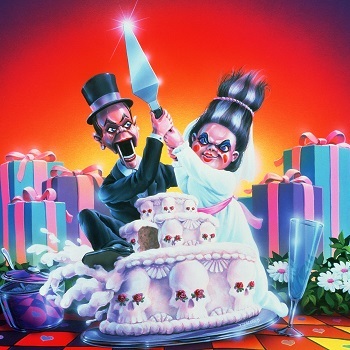 A doll owned by Jillian's little sisters, who take her everywhere they go but seem to be afraid of her and are always claiming that she does bad things. It turns out she's really alive and forces the girls to do things for her. And now she wants Slappy for a husband.

Revenge of the Living Dummy

Britney Crosby's annoying younger cousin who comes to visit her, and brings a certain dummy with him.

"It's a lot easier to be good than bad."

The protagonist of Son of Slappy. Jackson finds Slappy in his possession, only for Slappy to then start possessing him.

Slappy Birthday to You

The protagonist of the story, a boy whose life is turned upside down when he receives Slappy as a birthday present.

A doll given to Ian's sister.

I Am Slappy's Evil Twin 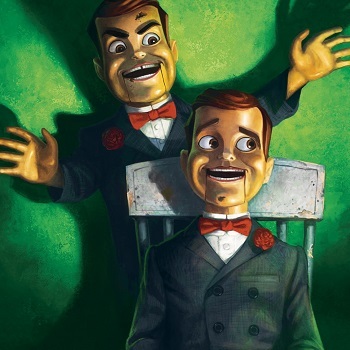 Slappy's twin brother, created by the same puppet maker. He's considerably nicer and wishes Slappy were as nice as him. Until it turns out that he was evil as well and was only pretending to be nice as a joke.

The Ghost of Slappy

The protagonist, a nervous boy afraid of the ghost in his house.

A ghost haunting the basement in Shep's home. He is the only person able to see her.