Characters / Atelier Sophie: The Alchemist of the Mysterious Book 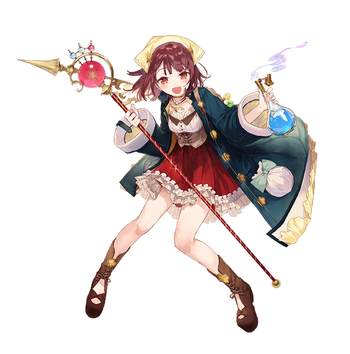 This game's heroine. She runs an atelier on the outskirts of the town of Kirchen Bell. She has a bright and cheerful personality, calming everyone around her, but she's also a slacker when it comes to keeping time, among other things. She loves alchemy, and feels happy when she's able to help others with it. While she's unmatched when it comes to curiosity and effort relating to alchemy, she doesn't do any housework, and specially leaves cleaning up to other people.Voiced by: Yuuka Aisaka (JP), Christine Marie Cabanos (EN) 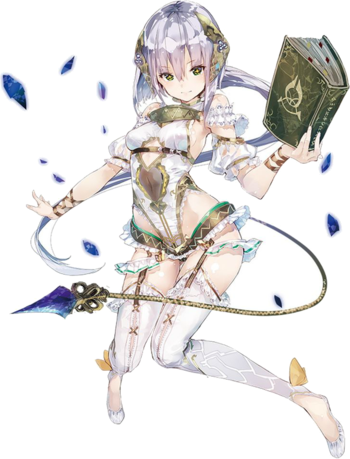 An old book kept by Sophie's grandmother, stuffed away on a bookshelf in the atelier. She awakens when Sophie writes a recipe into the book, and becomes Sophie's alchemy teacher. Certain events lead to her taking human form, but her personality remains unchanged, and she continues to give Sophie alchemy related advice. She's completely hopeless when it comes to anything besides alchemy, and causes trouble for people when she walks around town and makes ambiguous statements. She's generally cool headed and composed, but she can be unexpectedly bold at times. After taking human form, she begins to remember a certain duty.Voiced by: Yuka Iguchi (JP), Ryan Bartley (EN) 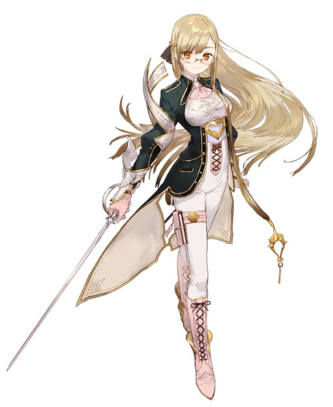 Sophie's best friend. She was born into a decently well off family, and she's a talented girl capable in both studies and fencing. She's very serious about everything, and acts politely. She and Sophie are childhood friends, and while she's always pointing out Sophie's faults, she's also very willing to help. She actually has quite a liking for singing, and can be found practicing in secret at times. She often visits Sophie's house to eat sweets, but she also cleans the place up in exchange.Voiced by: Aya Suzaki (JP), Erica Lindbeck (EN) 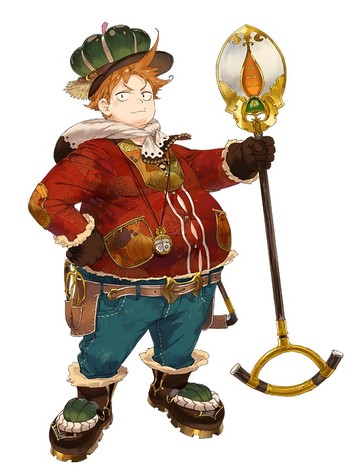 Sophie's best friend, and the son of a grocer. He's an optimistic guy who doesn't care about minor details. He has a special ability to hear the voices of plants, and his knowledge of plants is also vast. Oskar loves plants, and he's quite passionate when it comes to them. He's lazy when it comes to exercise. He's always filled with confidence, but caves in rather easily.Voiced by: Seiichiro Yamashita (JP), Erik Kimmerer (EN) 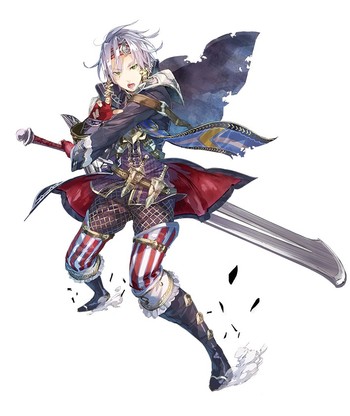 A knight from the country of Adalett who originally came to Kirchen Bell seeking the help of Sophie's grandmother. He works for the church and vows to keep Sophie safe.Voiced by: Genki Ookawa (JP), Robbie Daymond 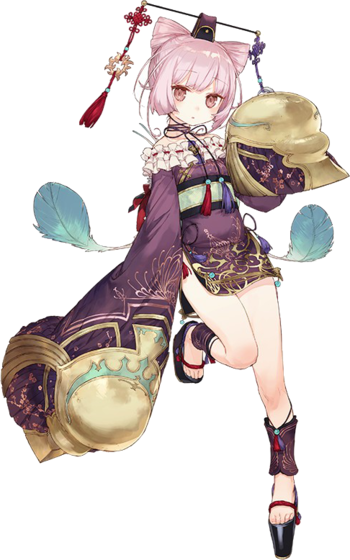 A girl who opens a mass production shop in Kirchen Bell. She's an alchemist like Sophie, but her ability is to duplicate objects. However, using her ability causes her body to shrink as a toll, so she tries not to overuse it. She's a very easygoing person who lives life at her own pace. She decides to become famous to find her father, who she has never known, and currently runs a warehouse store.Voiced by: Yui Kondou (JP), Brianna Knickerbocker (EN) 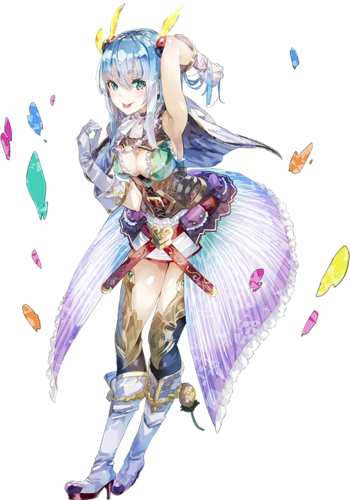 A traveling tailor who appears in Kirchen Bell as both a shopkeeper and playable character. Leon can craft and enhance armor.Voiced by: Mayumi Iizuka (JP), Erica Mendez (EN) 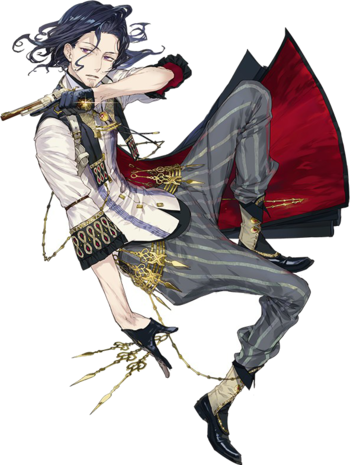 The town clock maker. He inherited a clock shop after his father retired, but he's unserious about his work. He prefers to make his living through gunsmithing instead. He's a very sarcastic person, and speaks harshly about people, but he's actually caring and helpful inside. He's always concerned about Sophie, who he's known for a long time.Voiced by: Tarasuke Shingaki (JP) 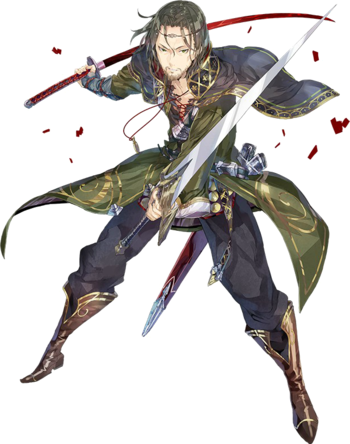 A former mercenary who works as a traveling puppeteer and doll maker. His dream is to perform the ultimate puppet show using a script penned by his daughter. He lends his abilities to create Plachta's doll body.Voiced by: Kenyuu Horiuchi (JP)

A café owner in Kirchen Bell. The shop operates as a café during the day, and a bar at night. He's also well versed in the latest information around town, managing various requests and offering to talk about rumors. He's a sincere man who's deeply trusted by the townspeople. He also feels lonely easily, which is a reason why he opened a café for people to gather in at all times of day.

The weekend waitress at the café. Tess is the eldest of multiple siblings and is working towards eventually opening her own shop. Tess can exchange vouchers awarded from requests for rare materials, equipment, and even a date with her.

Owner of the grocery store and mother to Oskar. Marguerite sells various vegetables, fruits, and other cooking related materials. 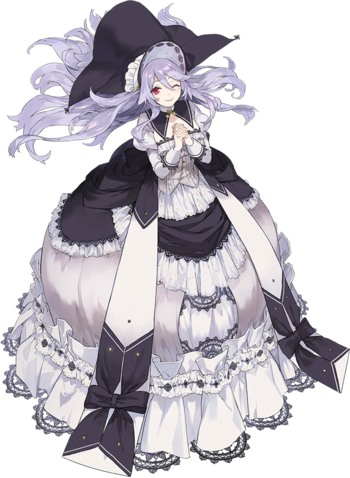 A nun working in Kirchen Bell's church who can exchange items for donations. She may actually be a ghost. 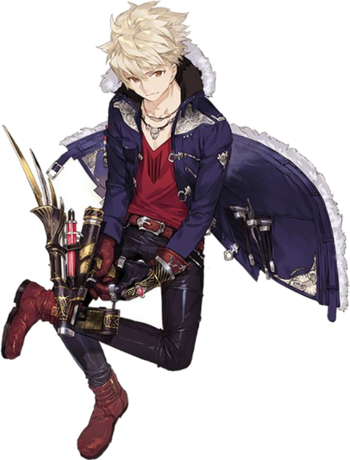 The blacksmith of Kirchen Bell who can craft and strengthen weapons at his shop. In an effort to hone his craft, he asks Sophie to bring him "Forgotten" materials. 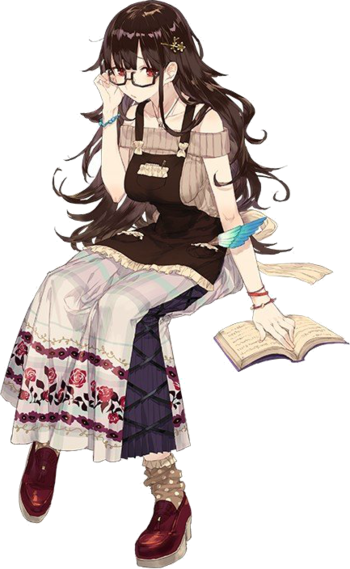 A bookworm who runs the bookstore in Old Town that she inherited from her grandfather. She possesses knowledge on a wide range of topics and sells book and paper type materials. 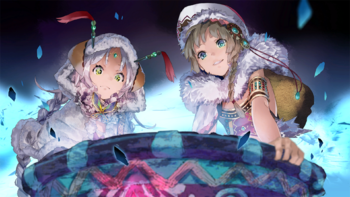 Twins who are fascinated by alchemy but lack the ability to perform it themselves. They provide recipe ideas and guidance to Sophie early on in her journey.