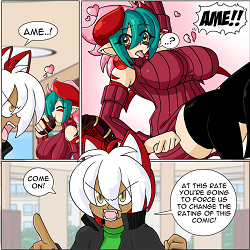 He's trying to save you from this.