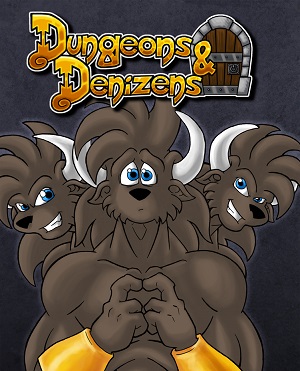 Dungeons & Denizens was a webcomic drawn by John Yakimow and written by Graveyard Greg, the author of Carpe Diem. It was first hosted on Webcomics Nation, then moved to Keenspot on April 2, 2006, but finally got its own domain name on July 1, 2010. The strip followed the lives of those that work/live in a Dungeons & Dragons RPG dungeon. The comic ended in early March of 2014, with Min leaving the dungeon.
Advertisement: