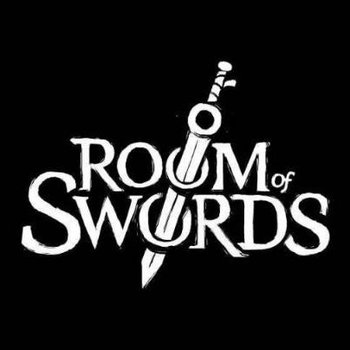 "Welcome... hopelessly lost souls. To the beginning of your journey. You've been chosen to conquer this world where past and future fuse. Your trial awaits: Complete the room of swords. And open the gate to freedom."
Advertisement:

Room of Swords is a fantasy web comic by Toonimated. It follows a group of people all from different time periods that wake up in a strange land who are told by a voice from the sky to find the "room of swords" and restore it to open the gate to freedom. The comic makes use of limited animation and music to tell the story.