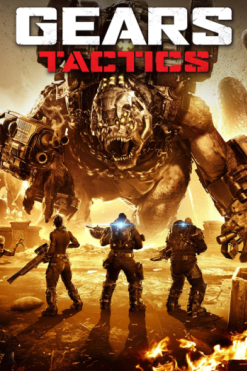 Time to scratch some grubs.
Advertisement:

Gears Tactics is Turn-Based Tactics game set in the Gears of War universe developed by Splash Damage (Enemy Territory: Quake Wars, Brink, Dirty Bomb) and Microsoft's internal studio The Coalition. The game takes place in the days after Emergence Day, and the Hammer of Dawn Offensive, as it follows two C.O.G.s who are rebuilding their team and hunting a mysterious Locust scientist.

Tropes that apply to Gears Tactics