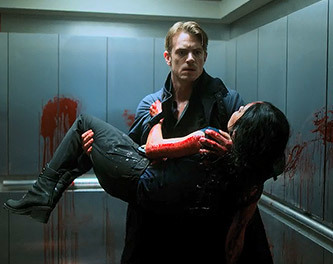 Title from: The Wrong Man (1956)
"When everyone lies, telling the truth isn't just about rebellion. It's an act of revolution. So think carefully when you speak it because the truth is a weapon. Finding truth is more than a search for data. It's an excavation of self. You have to keep going, no matter where it takes you. Because nothing can stay hidden forever."
— Takeshi Kovacs, Opening Narration

Ortega explains the history of the previous owner of Takeshi's current sleeve, Elias Ryker. Kovacs makes a major break in the Bancroft case.