Literature / The Night of Wishes 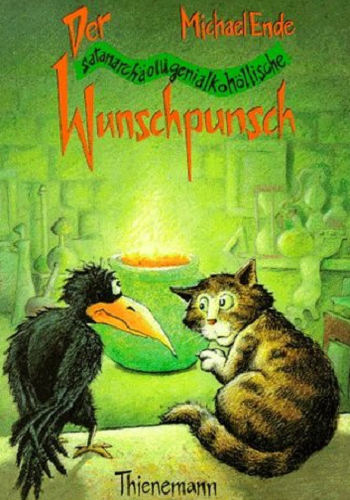 The Night of Wishes (or The Satanarchaeolidealcohellish Notion Potion; German title: Der satanarchäolügenialkohöllische Wunschpunsch) is a comic fantasy novel by Michael Ende (author of The Neverending Story). A sorcerer and a witch, finding themselves on New Year's Eve and both behind on their annual evil quotas, team up to concoct the Satanarchaeolidealcohellish Notion Potion, which grants wishes to anyone who drinks from it and will give them unimaginable power for evil. All that stand in their way are a conceited cat and raggedy raven. Hilarity (and much wordplay) ensues.
Advertisement: