Literature / Nights at the Circus 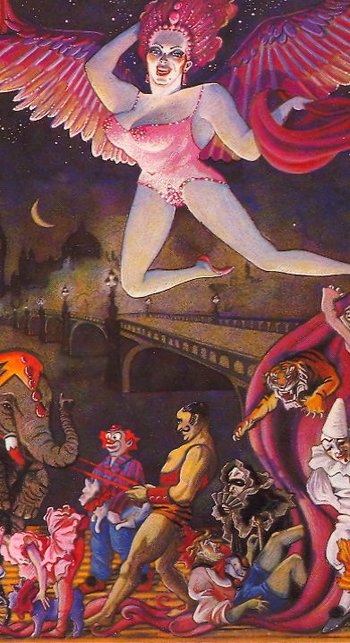 Nights at the Circus is a 1984 novel by English author Angela Carter. A picaresque, it starts with roving American reporter Jack Walser interviewing aerialist Sophie Fevvers in Victorian London on her amazing (if hard to credit) life story. Left on the doorstep of a brothel, Sophie sprouted wings when she hit puberty. Both because of this unusual feature and because she's a woman, there are many who would exploit her.

The rest of the novel follows the crew of a circus that has employed Sophie as an aerialist, and that Jack covers while working undercover as a clown. Further peril and no small amount of personal change await in Tsarist Russia and Siberia.