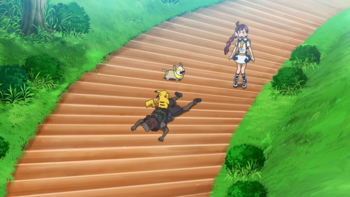 Not the best of first impressions for our intrepid young hero. With Pikachu, you'd think he'd be used to this by now...