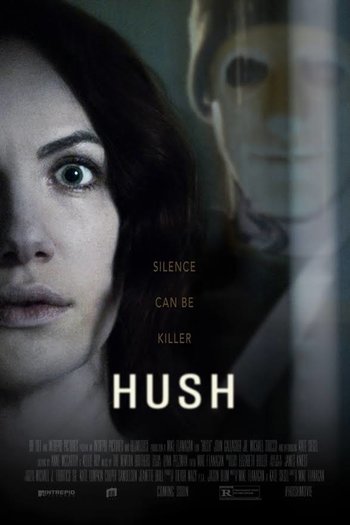 Hello, darkness, my old friend...
"I can come in any time I want. And I can get you any time I want. But I'm not going to. Not until it's time. When you wish you're dead."
— The Man
Advertisement:

A deaf novelist living in a secluded woodland home finds herself terrorized by a masked killer.

Notably, the novelist in question is seen working on a sequel to her published novel titled The Midnight Mass. Said novel would make a cameo appearance in Flanagan's later film Gerald's Game, and Flanagan is currently working on adapting this fictional novel into a miniseries for Netflix.

Not to be confused with the 1998 thriller of the same title starring Jessica Lange and Gwyneth Paltrow.