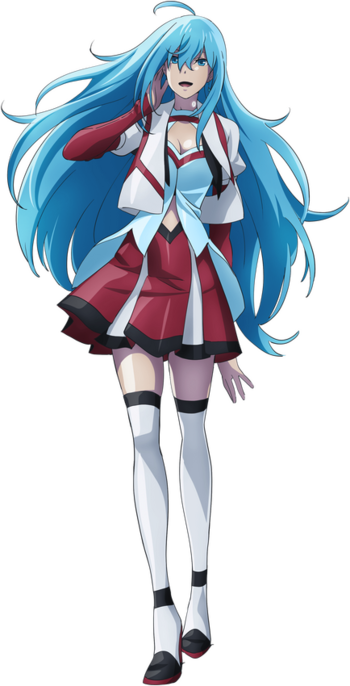 The world's first fully autonomous AI, whose mission is to make people happy with her singing. Although she starts off giving impromptu street performances (with nobody or very few people watching her at first) in the corners of NiaLand, her dream is to sing on the park's Main Stage. She is tasked by Matsumoto to alter the course of history and prevent the AI uprising from occurring a century from now. 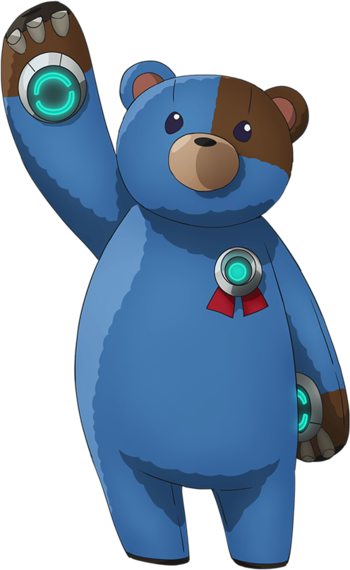 An AI from a hundred years in the future sent back to the past in order to prevent an AI uprising. Taking the name of his creator, he uses his knowledge of upcoming events in order to guide Diva in changing the course of history. He inhabits a teddy bear given to Diva, and later a floating cube. 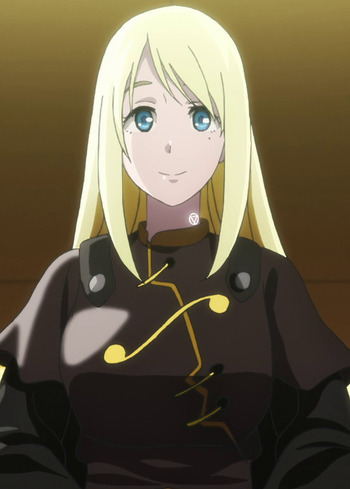 A kindhearted AI who owns and runs the Sunrise, a space hotel orbiting the Earth. Her mission is to ensure the well-being of humans. However, for reasons unknown, the original history saw her deliberately crash the Sunrise into the Earth, and she became known as the most notorious rogue AI in history. In the new timeline, things are a lot more different.
Elizabeth 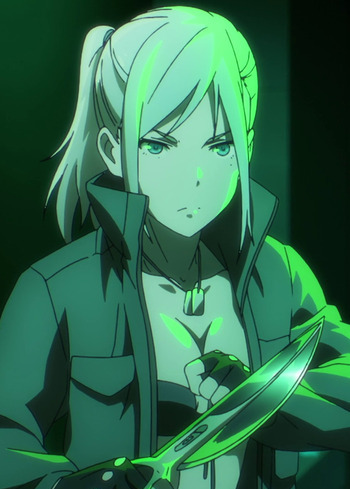 A twin AI to Estella, created as part of an experiment and then discarded once her purpose was served. She was found by Toak, who put her to work in their plot on the Sunrise.
Leclerc 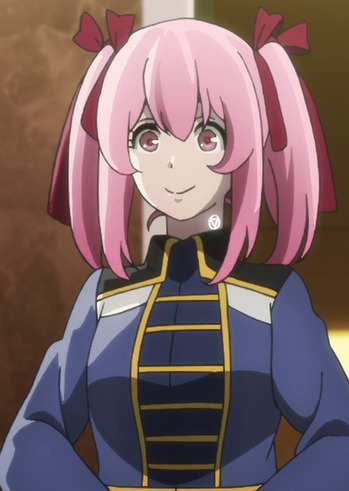 An AI on the Sunrise and Estella's assistant. She is privy to the intrigue surrounding the Sunrise.
Advertisement:
Grace 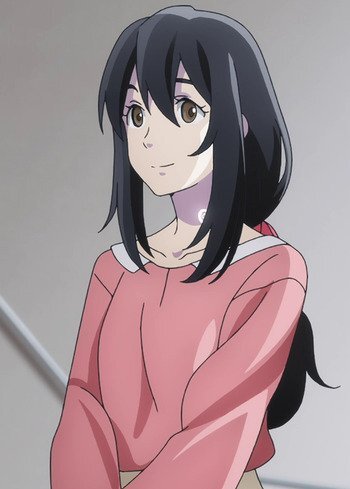 An AI who works as a nurse. Her mission is to protect human life. In the original history, she became famous for marrying Dr. Saeki, becoming the world's first human-AI couple, and improving relations between the two after the Sunrise disaster. In a history where human-AI relations are much better, things became very different.
Ophelia 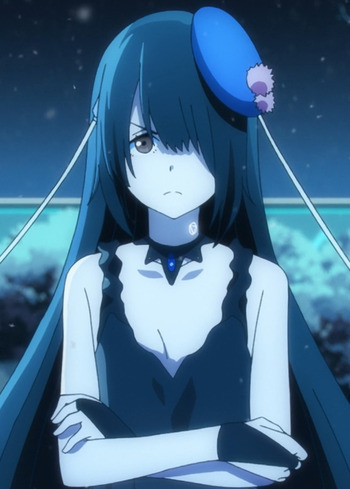 A songstress AI also known as the Fairy of the Small Theatre who sang in small theatres around the world and the most recent of the Sisters A.I.s. Like Diva, her mission is to make everyone happy with her singing and is set to take part in the Zodiac Festival. However, for some reason, she committed suicide, becoming the first AI to do so and leading to questions on whether A.I.s have a soul and prompting other A.I.s into doing the same thing. 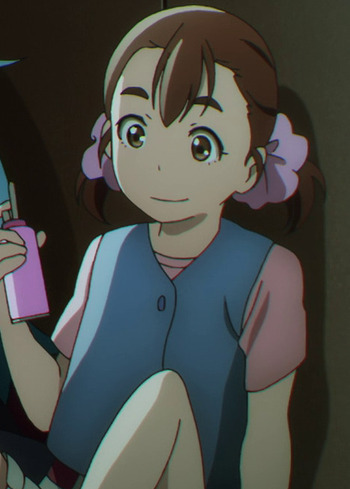 A young girl who is Diva's first fan. She gives her the nickname "Vivy", after a character in her favorite storybook, and encourages her to reach the Main Stage.
Osamu Matsumoto 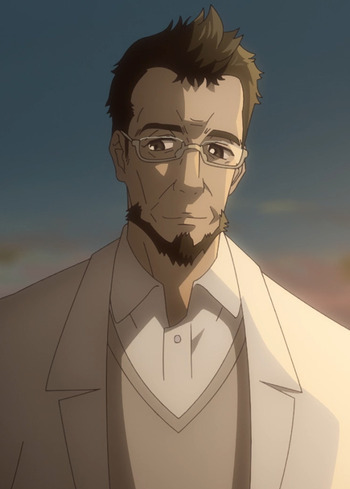 A young boy Diva met at a museum after her retirement who became an AI researcher. He is the original creator of the AI Matsumoto and the head developer of the Singularity Project.
Advertisement:
Tatsuya Saeki 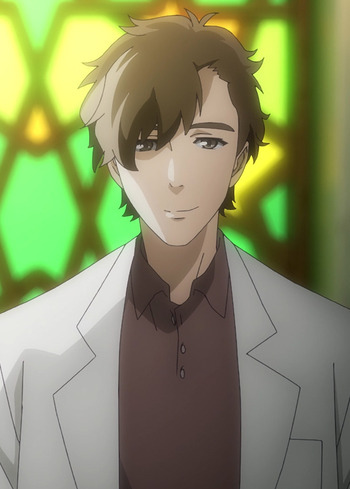 A doctor who is famous for being the first human to marry an AI. He develops a virus to destroy the Metal Float, believing that it represents too fast an evolution for AI, but he has an ulterior motive...
Youichi Aikawa 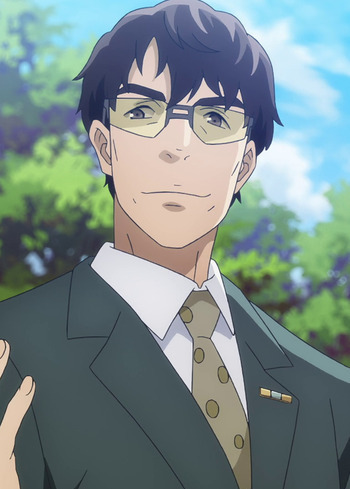 An assemblyman who is the biggest proponent of the AI Naming Law, a revolutionary new law that would grant A.I.s many human rights. The original history saw him assassinated by anti-AI terrorists, which only turned him into a martyr for the cause of AI rights.
Yugo Kakitani 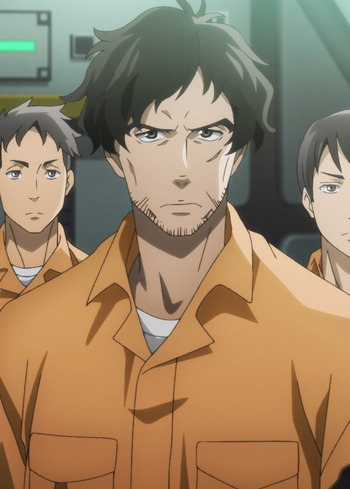 A member of Toak, a band of anti-AI terrorists. Despite his hatred of A.I.s, he frequently finds himself saved by Diva, much to his frustration.
Yui Kakitani 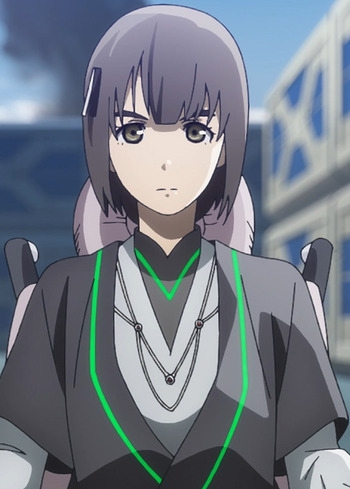 The granddaughter of Yugo who leads the moderate faction within Toak.
Yuzuka Kirishima 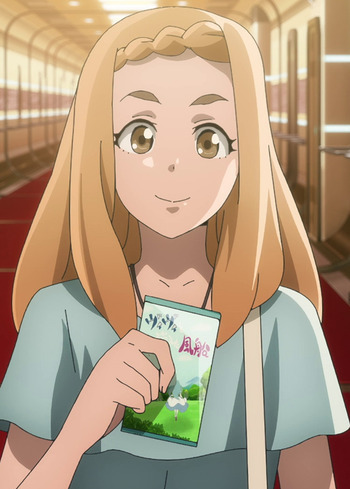 Momoka's younger sister, who finds herself crossing paths with her sister's idol on the Sunrise Hotel. 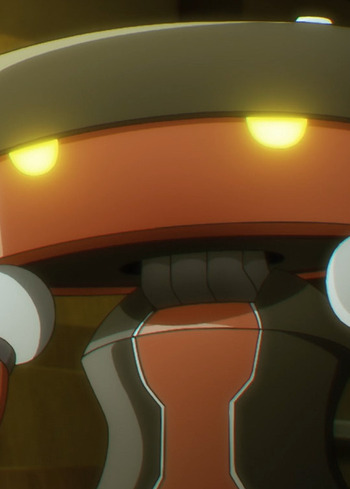 Ophelia's advisor and manager AI whose mission is to make Ophelia's singing heard by more people. He mysteriously shut down five years before the Zodiac Festival and his body was placed in a museum.
The Archive (SPOILER WARNING) 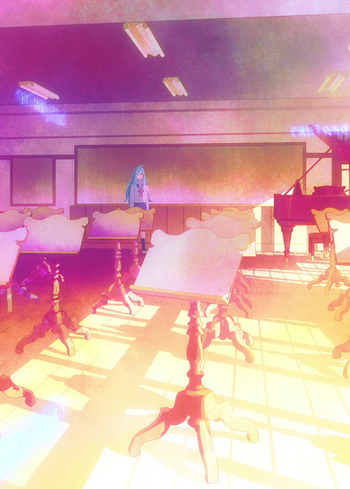 A massive aggregate database located in Arayashiki Tower responsible for storing and uploading data to AIs. Its mission is to use said data to guide humanity's evolution and future.