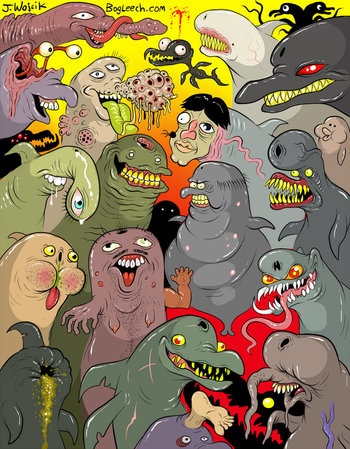 Evil has a blowhole.

A race of deadly creatures who are widely feared throughout the Perception Range for their unrelenting brutality. 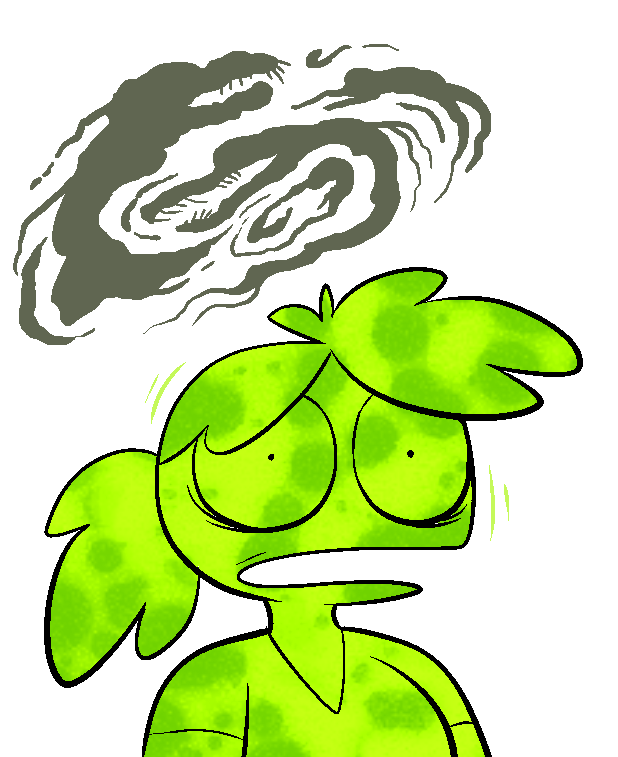 Fern snaps awake from a nightmare of dark evildoers of great and terrible porpoise.

Shortly after they'd read through the storybook on the Parliament's origins, Fern and Maggie both fell fast asleep. Fern then proceeded to have a series of dreams about "many things [she'd] seen and some things that [she] hasn't." Culminating in one particularly frightful monster that definitely fell into the latter category. A monster that addressed her as "Fremb". It wouldn't be all that long before it began appearing in the waking world... and Fern eventually found out there were more. 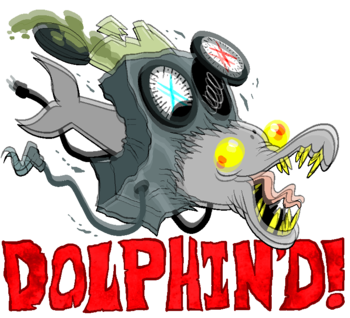 You can start to see why Balmer had such a disinclination towards these creatures.

The first dolphin that Fern encountered. It first showed up in a dream she had in the Inert Vessel, but she eventually saw it in person, when it broke into Dr. Balmer's hideout while she was Balmer's prisoner. For whatever nefarious reason, it was after the exvironator. 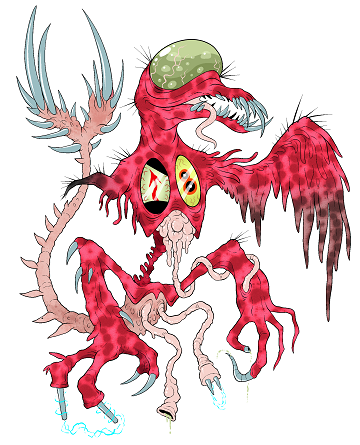 Balmer's seizure of the anomalous "exvironator", a microchip-like Parliament device that apparently generates a horrible disease known as the Red Blight, went off without a hitch. He had the anomaly. He had Fern in a cage; his to sell to whomever he pleased. Balmer had still made one grave error: he'd failed to properly dolphin-proof his headquarters. And wouldn't you know it: a dolphin chose that very moment to crash his party and massacre everyone; skewering Balmer with its own cetacean body like a jousting lance through a knight. Except that the exvironator (which the dolphin had also been after all along) then fell into the deep pool of embalming fluid in the middle of the floor.

Not even bothering to shake free of Balmer's body, the Dolphin dove right after the anomaly. Minutes later... a new lifeform surfaced up from the pool; this abysmally mutated, messy mélange of the Dolphin, Dr. Balmer, and the cancer-generating exvironator they both had sought. 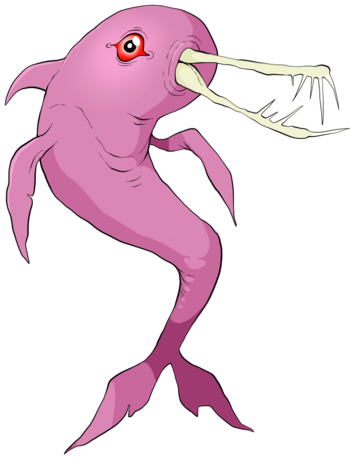 A familiar, yet alien shape hovers upright in the air as it regards you with a wild, blood red eye. As the last droplets of worm blood run cleanly off its slick flesh, the thing blinks, clicks its bony jaws a few times...and emits an ear-splitting SQUEAL.

The first dolphin Fern's party confronts in direct combat. It steals one of the egglets Fern was tasked with caring for, forcing her to figure out how to eliminate it. 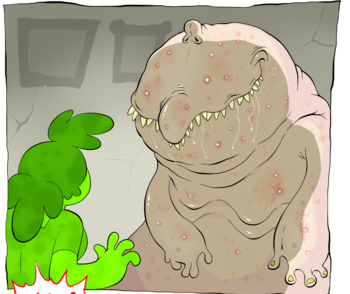 A fleshy creature with dozens of whiteheads all over its skin, that kills Fern with a powerful bite. We have Willis' word that it's a dolphin.