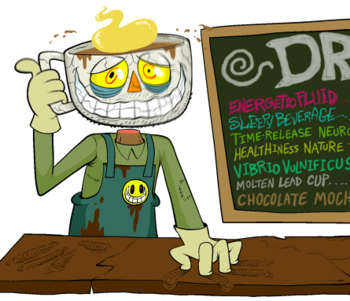 Beings who dwell within The Cafe zone. 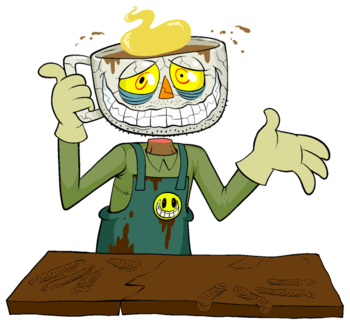 What can he get you?

A barista of Fluid State Comestibles Incorporated, note (which appears to be completely unaffiliated with Burgrr, Inc.) who works in a cafe right outside the lobby of Dr. Tori's surgical ward.

A smile like that really makes you want to tip your barista... 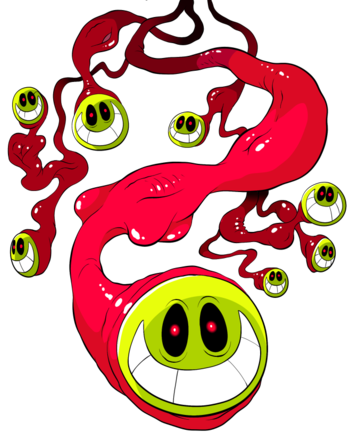 Service with way too many smiles!

Flair: Chiiip, you're not bothering customers with your job-irrelevant thoughts again, are you?

The boss of the Cafe; a button pinned to the front of whoever's serving as barista. 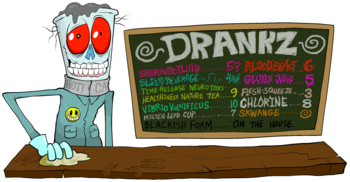 You'd be better off drinking the Neurotoxin than his Blackish Foam.

Special Note: For tropes relating to the man Joe used to be before his Q-36 Procedure, please click here.