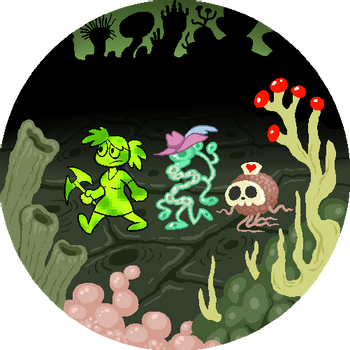 She gets by with a little help from her friends.

This page deals with beings who have seen fit to follow and support Fern for any amount of time as a teammate of hers in her journey to find her son and save the multiverse.

"Minions" are friends of Fern whom she carries around in her personal inventory. "Comrades" are not carried in Fern's inventory. 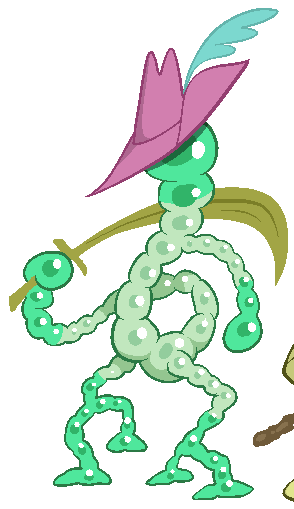 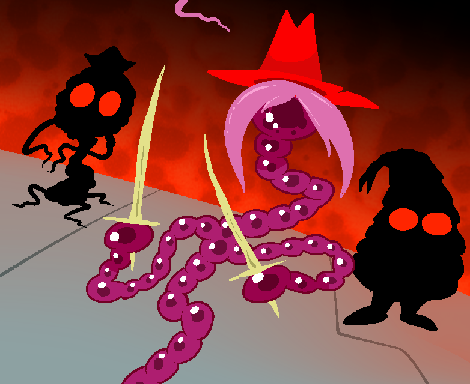 Celia: A challenging venture indeed! No wonder you dared seek my legendary expertise! Your resolve is almost admirable, for a mere worm!
Celia's Unvoiced Thoughts: Balmer's really getting desperate... this must be bigger than I thought.
Fern: Right! Yeah! He did suggest I find some sort of "community" about East of here, do you know what he could have meant?
Celia: Of course! I know it well! Alas, you will never find a more loathsome nest of riffraff and knavery. You have chosen your companionship wisely!
Celia's Unvoiced Thoughts: Guess he's sick of sending his own goons off to die...

An adventurous clump of mycelium that Fern encounters while traversing through the "woods" of her own rotting corpse, who quickly takes interest in joining her on her journey! Fern's first companion. 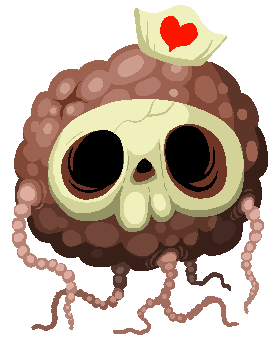 Why couldn't she have been in charge of The Hospital? 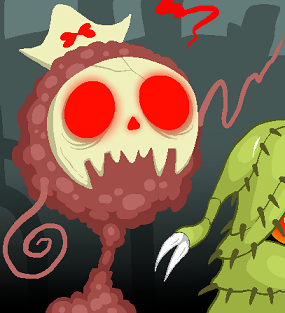 Staph: It's not just every cycle that the whole world steps into your clinic.

Fern's second companion: a grandmotherly medic bacterium she finds at the Bacteria Village. When Fern enters her clinic, Staph's proficiency as a healer allows her to recognize her newest patient as more than just another microbe. Staph sees that Fern is nothing less than the 'world' she's always lived on. 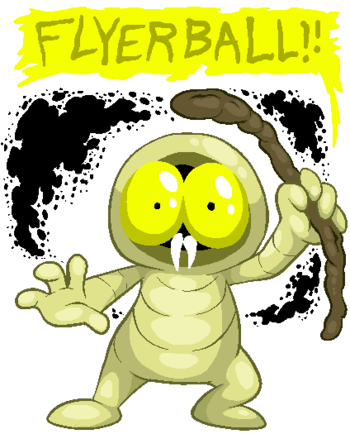 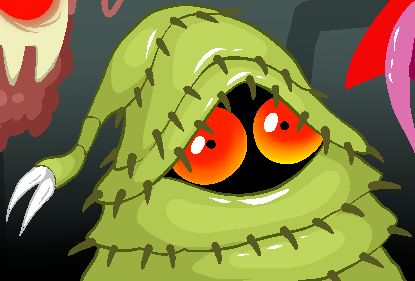 Maggie: Hold yer horseflies, lemme buzz the place...
Fern: "Buzz" the place? We're not making and/or murdering someone again are we?
Maggie: Naw, nothin' that fancy! The local dipterites'll just shoot me a rough approximitation o' the residency. Just a moment...

A wizardly maggot girl who nearly matches Fern in height, Maggie served as an apprentice to Magatha for a long time. Things changed the day Fern and her comrades sought guidance from Maggie's teacher at her home, and Magatha underwent transmigration in a vast swarms of dipterites, midway through her conversation with the woman. Maggie found her lot thrown in with Fern and became her third companion. Maggie has the unique power to control small swarms of dipterites. 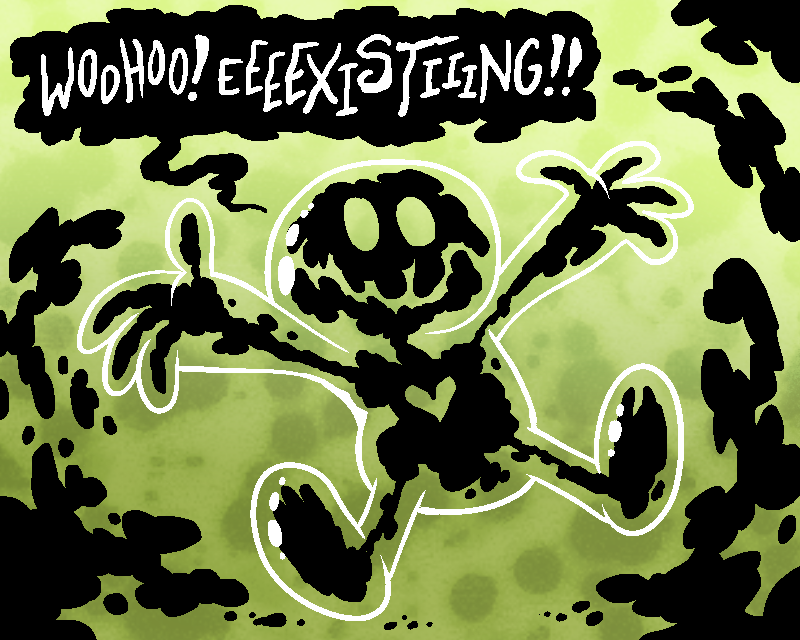 Diptworth: OH, WOW, HEY THERE! YOU'RE PRETTY MUCH MY MOM! WOW, THANKS FOR HAVING THE IDEA OF ME AND ALL, EXISTING'S REALLY SOMETHING ELSE! WHAT CAN I DO FOR YA, WHILE I'M STILL A THING??

. Regarded himself as the son of both Fern, (for being her "brainchild") and Maggie, (for performing the prestidigitation necessary to actually bring him into being.) At the time, Fern and her companions simply needed a way of enticing a particularly formidable pack of worms to relocate themselves. Diptworth happily complied with his green mother's plan at once, over all her horrified protests. 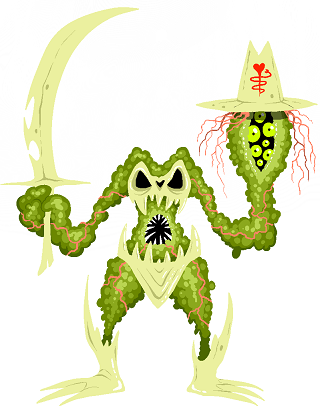 Staphellie: "Ice" to meet you! But I'm afraid your "goose" is cooked!

Celia, Staph, and Maggie were in a fight against an Immensely monstrous Thing. When they had weakened it enough in regular combat, they decided there was only one way to make sure it wouldn't come back. 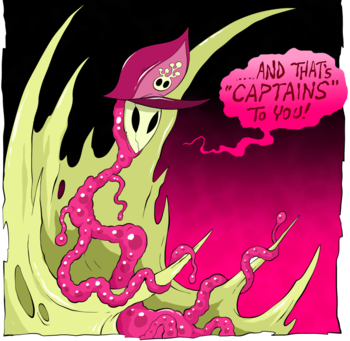 Staphelia: We are QUEEN DOCTOR STAPHELIA, Captains of the vessel now designated FRN-1! ...Please verify peaceful intention or submit to termination and absorbtion by a superior force! Thank you!

A fusion of Celia and Staph. Isaac encounters her in Burgrr, Inc. 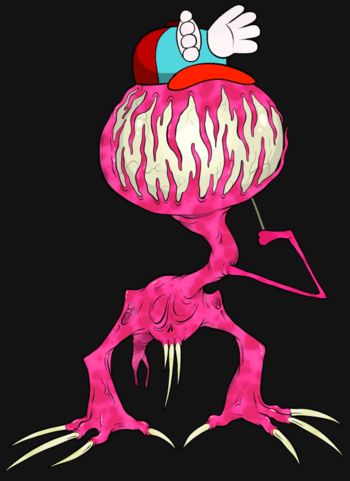 This slob was born at the end of one of Jay’s life cycles; one where the man was beset with an injury to his left eye. He has knowledge of some drastically important deed Jay performed in the past. He felt duty-bound to inform Fern about this deed of Jay’s, and sought Fern out. Eventually, he was able to find her, and joined her party. Over time, Fern grew fond enough of him to give a name: Isaac.

He still hasn't yet told Fern whatever it was Jay did. 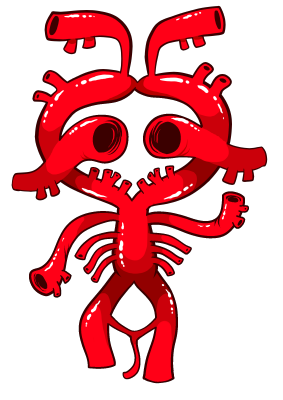 It's tough having a Hospital doctor for a mom.

Willis: Hey, Mom. I'm gonna run off with some some strange adult from the gray zone who's impersonating you to approve dangerous surgeries and can swallow me whole.
Dr. Circula Tori: That's nice, dear. Mom's busy now. You have fun.

The diminutive, neglected six-and-a-half spiraling-old (around 9 to 11 years old in human years) son of Circula Tori. Even though Fern infiltrates his mom's office with one of Circula's misplaced ID cards, Willis quickly warms up to Fern, so he decides to follow her and help protect her and guide her along her way. 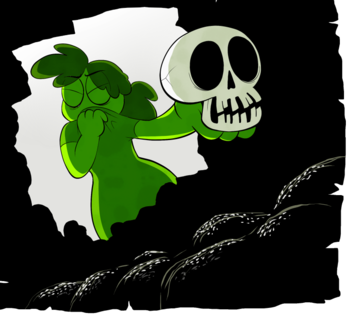 No skull's complete without a heap of maggots crawling all over her!
Much better! 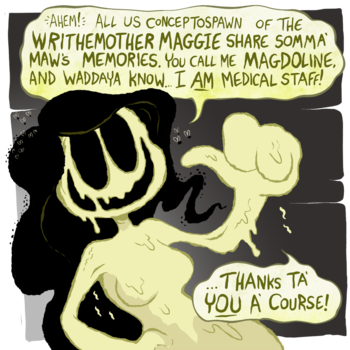 An amnesiac skull laying on a bed within the Plank Maze. She would ask anyone who wandered into her room to bring maggots to her. Fern was the one who would eventually fulfill her wish, revealing her to be a piece of Maggie.

She normally works in the Hospital's surgical ward, functioning as the Anthropomorphic Personification of Biodebridement Therapy

, meaning that she cleans necrotic tissue from patients.

Chip
The Hospital's current dominant AI personality, Chip acts as a sort of Mission Control for Fern and her party. Read more about him here. 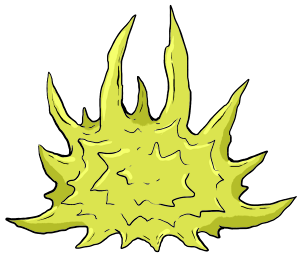 You can't help feeling terrible right now, even for killing a giant kidney stone in self defense, but its young are already back to giggling at one another as they chew on what used to be their mother. Morbidly fascinated by the disturbing scene, you almost jump as something brushes your foot. You get an overpowering feeling that the tiny thing wants to come with you, for whatever reason. This seems to be confirmed by its happy cooing as it is picked up and put into your tote bag, followed by a loud, cartoonish snoring. It fades as the bag goes wherever it goes when you're not paying attention to it.

Technically, one could argue this was the actual first being to join Fern, not Celia. But the story treats the Kidney Stone Kid as a Pokemon-esque "minion,"

◊ which she can send to attack enemies on her behalf. 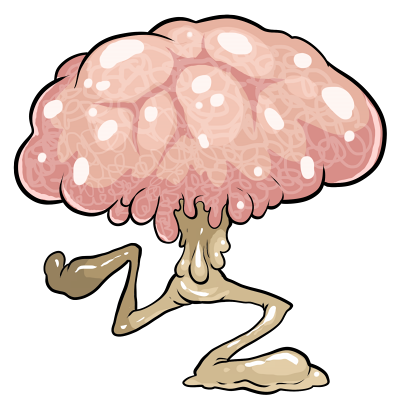 He'll nestle straight into heart... and your colon.

Polyp: HOWDY STRANGER! THAT'S SURE ONE COZY SMELLIN LOWER INTESTINE YOU GOT THERE!

The second "minion" which Fern carries in her inventory, who formed a fast friendship with the Kidney Stone Kid. 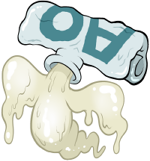