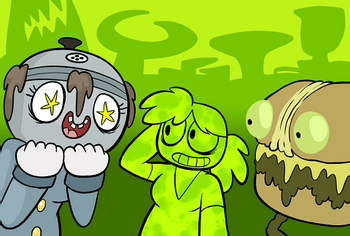 The good folks of Burgrr, Inc. know that the most important ingredients of all are the people who walk through their doors.

Covers all employees of the Burgrr Inc., restaurant franchise. They are known to other Zones as the Recombinators. 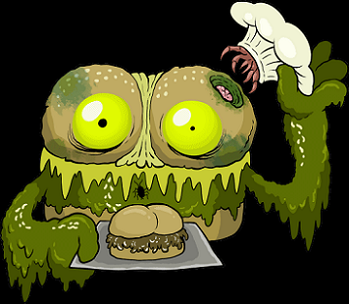 It's a hamburger. Or maybe it's a cheeseburger. Whatever. Things squirm in its rancid, dribbling ground beef. Its unblinking eyeballs bulge hungrily. It's such a ludicrous sight you almost don't notice the blood-stained cleaver.

This rotting assembly of meat, wheat products, and vermin is employed as a chef at the hospital's cafeteria. Though he might look simple, he's surprisingly agile with a meat cleaver. 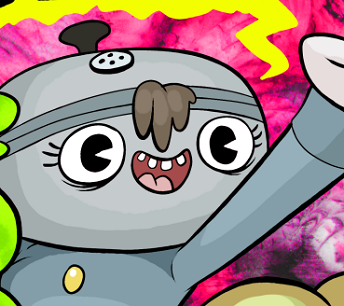 BBQ Girll: We will need to conceptualize the appropriate deverberator, and unfortunately, we are not cleared for manifestation outside our conceptual zones. We will need you to bring back the correct materials from The Hospital.
Fern: ...What kind of "materials?"
BBQ Girll: Don't sweat it, bubbleguts, we made you a list.

An anthropomorphic barbecue grill with corporate cheer and spirit to spare. She appears to manage the Burgrr facility adjacent to(?) the hospital's cafeteria. 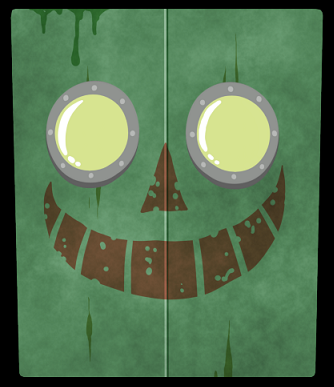 You're not leaving on an empty stomach.

Double Doors: There's only one way out of here with that thing, and you're prooobably not gonna like it near as much as I am. It's really really funny to me.

The pair of doors leading into the hospital's cafeteria, which can speak directly into the protagonist's mind. It's witty and generally friendly, though it does push the cafeteria's meals a tad aggressively. Its name is )(_)(. 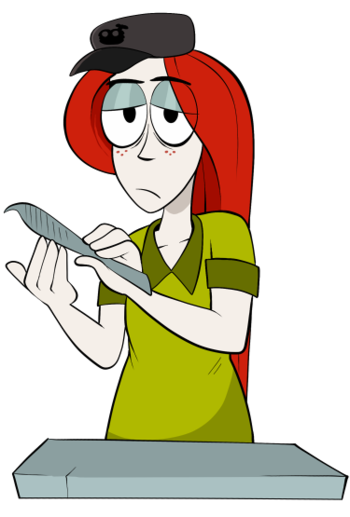 Yeah, Earth was destroyed by monsters, but nobody back there mattered to her anyway.

Miss: How you holding up, anyway?
Fern: "Holding up?"
Miss: Wwweeeee don't really get all that many... human being people lately. Not since home got all, you know.
The young lady makes a breathy mouth sound and gesticulation representative of something exploding.

A young redheaded human woman, working as a Burgrr cashier, alongside Stone Slab.