You read the sentence on the main page right. "Senki Zesshou Symphogear is a sci-fi series about Magical Girl Warriors who use Power Armor fueled by The Power of Rock to battle Eldritch Abominations." Think of it as taking a little Gurren Lagann, throwing in some singing, and garnishing it with lots of explosions that would make Super Sentai and Power Rangers proud, with a main cast as badass to go with it. Yup, that's Symphogear for you. 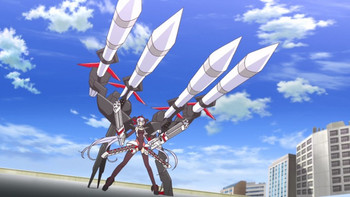 That's a lot of missile she got there! (and this is just the basics!)
Symphogear G 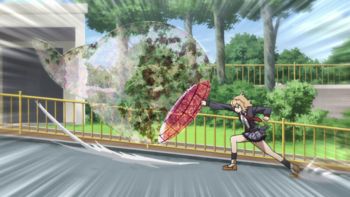 Looks like someone is having a bad day.
Symphogear GX 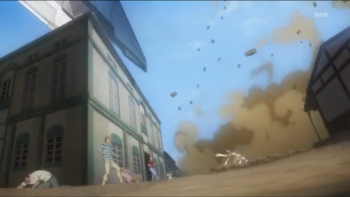 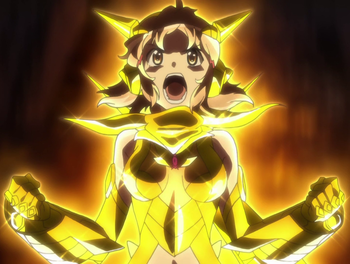 All that glitters is gold, and all that is gold is gonna kick your ass. 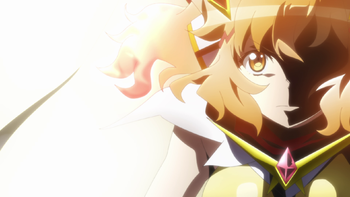 "I'm getting back my girlfriend, Shem-Ha!"