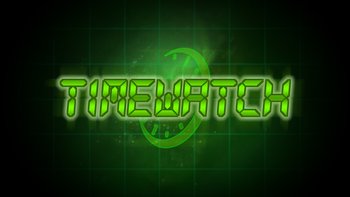 TimeWatch is a tabletop RPG running on the GUMSHOE system written by Kevin Kulp and published by Pelgrane Press.
Advertisement:

In a similar manner to other games using this system, TimeWatch is built primarily around investigation, finding clues and solving a mystery, albeit with an emphasis on time travel. The game's default setting involves a party of characters from throughout history being enlisted into the titular agency, whose job is to guard the timestream from any attempts to change established history.

Alongside the core rulebook, there is also Behind Enemy Times, a collection of various assorted mysteries to be used in campaigns; and The Book of Changing Years, an In-Universe collection of assorted adventures from past TimeWatch agents.