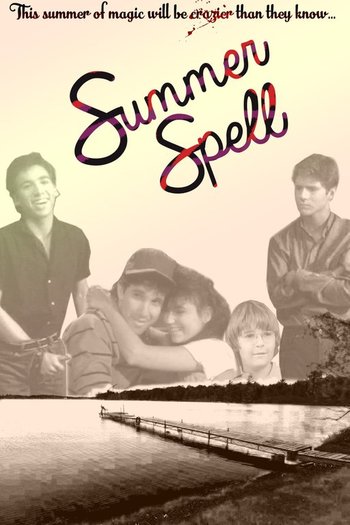 Episodes 46-47 of Film Reroll. Based on Summerspell, the classic lighthearted 1984 sex comedy.

The premise is simple. Six young friends — Jimmy, Sara, Samantha, Paul, Doug and Ted — are looking forward to spending a nice weekend at a house near an unnamed lake close to a charming little town. They get aquainted with the locals, including a pair of twin horse rider girls, as well as a put-upon single mother and her two children. But our heroes all have secrets they keep from each other. Secrets that — were they ever to be revealed — could either ruin their relationships with one another, or enhance them in whole new ways.

Also, there's a crazy, possibly supernatural Serial Killer on the loose, but that couldn't possibly be something worth worrying about, could it?

One thing's for sure, it will be a weekend to remember for as long as they live.

Followed by Weekend at Bernie's.