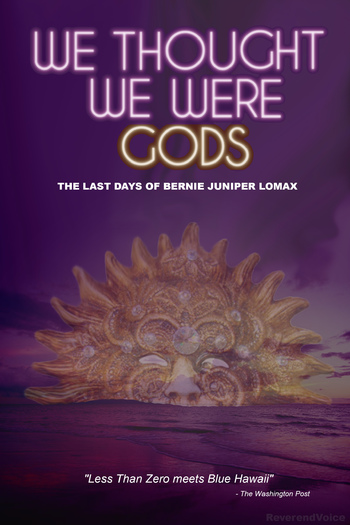 Praise the Sun God! ...yes, this one's had quite a Genre Shift.note  Art by ReverendVoice.

Insurance corporation lackeys Richard Parker and Larry Wilson usually spend their their free time doing cocaine and picking up ladies, but once they discover proof of a serious case of Insurance Fraud committed by one of their clients, they are invited to a beach party by their boss Bernie to celebrate. What they don't realize is that Bernie himself is behind the scam, and that both they and Bernie are now targeted by The Mafia. Joined by a British publisher, a Dominatrix and a rich heiress, our protagonists must use every trick up their sleeves if they want to get through the weekend with their freedom, life and sanity intact... and possibly create a new religion while they're at it.