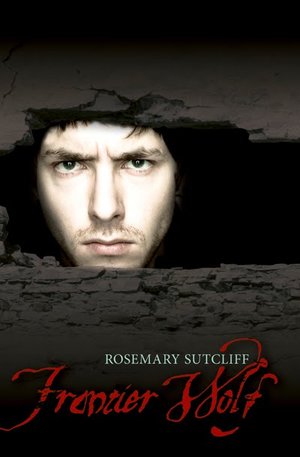 Frontier Wolf is a 1980 Young Adult Historical Fiction novel by Rosemary Sutcliff. A company of Roman scouts are caught in the British uprising of 343 CE.

Centurion Alexios Flavius Aquila has made a terrible error in judgement that resulted in the deaths of half his men. Posted beyond the frontiers of Roman Britain to finish his career in quiet disgrace, he must earn the trust of the disreputable Frontier Scouts, called the Wolves, and their equally lawless neighbours, the Votadini tribe – before he finds himself once again facing the same terrible decision.

Frontier Wolf is the third novel in The Dolphin Ring sequence. The Frontier Wolves also make appearances in The Mark of the Horse Lord (1965), The Capricorn Bracelet (1973), and The Shining Company (1990).