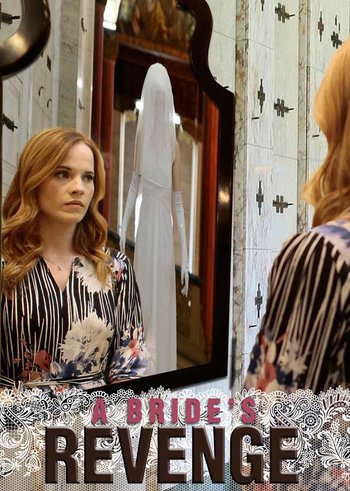 and produced/distributed by Johnson Production Group

. The film premiered on the Lifetime Movie Network on January 11, 2019.

), the owner of the N' Style Salon, is happily engaged to Ian Ferguson (Jeff Schine

). However, things begin to take a frightening turn after Miya receives an invitation - to the wedding of Ian and his deranged ex-fiancée Lori Parker (Hannah Barefoot

When Lori resurfaces and Miya is subsequently stalked by a veiled figure in a bridal dress, she's convinced that Ian's ex-fiancée is out to sabotage her upcoming wedding to him out of spite. Unfortunately, the police don't believe her story, and even the initially supportive Ian begins to doubt Miya's sanity. She must not only save her relationship with him, but also his life.

A Bride's Revenge contains examples of: