Distracted By The Sexy / Western Animation 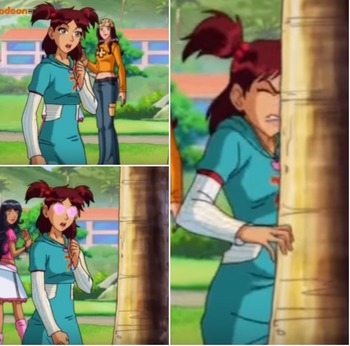 Watch Out for That Tree!!context She just saw a sexier version of Season 6's Butt-Monkey.