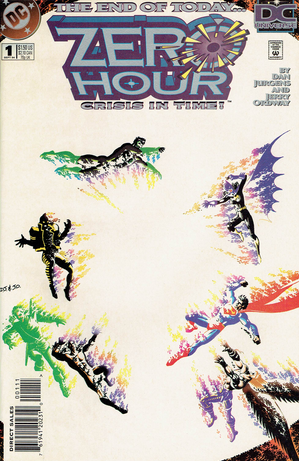 "I've seen the universe from many different directions, and I know how to fix it — even if it means destroying it!"
"It's over. Your time is over. All time is over. This is Zero Hour."
— Parallax
Advertisement:

Zero Hour resulted in a few significant changes to The DCU, most notably the introduction of the "post-boot" Legion of Super-Heroes. It also spawned a few Spin-Off series, including Fate, Manhunter, Primal Force, Xenobrood and Starman.