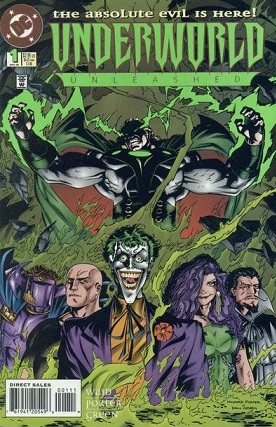 Underworld Unleashed was a DC Comics mini-series published in 1995, written by Mark Waid and drawn by Howard Porter.

Several super-villains get black candles. When they light the candles, they are summoned to Neron, a demon who offers to enhance their powers in exchange for their souls.

After Neron is defeated, the villains keep their new powers without having to uphold their deal with Neron.