Characters / Neither A Bird Nor A Plane Its Deku Justice Society

The Justice Society was the world's most prominent team of Heroes before their disbandment following the emergence of Quirks. The leaders of the team, collectively known as "The Magnificent Seven Supers," unofficially came together to protect the world from Starro the Conqueror, but they and other Heroes officially formed the Justice Society when President Roosevelt decided to create a team of government-backed superheroes to help combat the Axis Powers. 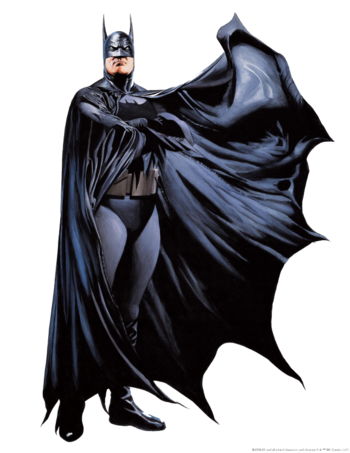 The original goddamn Batman. Bruce Wayne trained his mind and body to the peak of human potential as part of his never ending crusade against crime. He became the de facto leader of the Justice Society despite not having any superpowers himself, but is still recognized as one of the most dangerous among them.

The third-ranked Hero and a founding member of the Justice Society. Wonder Woman fights for truth, love and justice around the world, stopping Villains with her prodigious skill in hand-to-hand combat, incredible speed and strength, and her various magical artifacts.

Jay Garrick - The Flash I

Jay Garrick - The Flash I 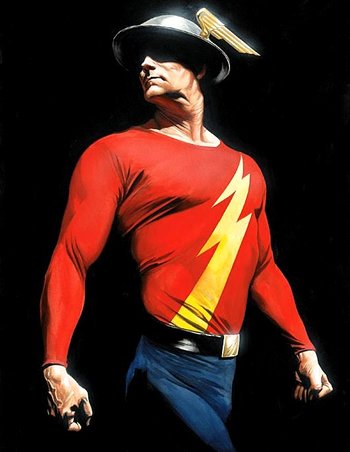 The original Scarlet Speedster. His heroics inspired later speedsters, including the "Flash Family" who would inherit his title as the fastest men alive. He later became the first chairman of the Heroes Association. 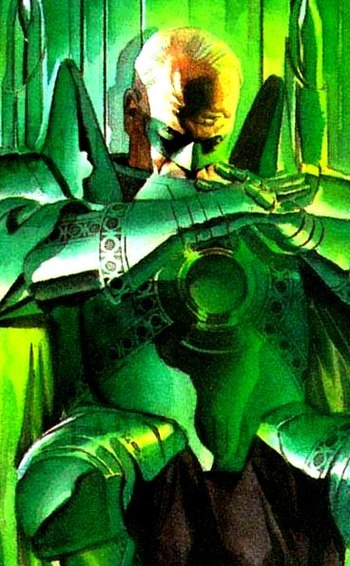 One of Earth's most venerated Heroes, Alan Scott gained his abilities after discovering the Starheart. By fashioning part of a magical green lantern into a ring, Scott gained the ability to emit green light from it that he could fashion into virtually any shape he could imagine, becoming a founding member of the Justice Society. After the Lantern War, Scott became incredibly xenophobic and distrustful of aliens, leading the charge to oust them from the planet or force them into hiding. Now he orbits Earth in the Green Palace, a massive construct he created to observe all possible threats to Earth's safety from otherworldly beings, shooting down any spacecraft that even has a chance of approaching Earth.

The boisterous and fun-loving king of Atlantis. He was forced to retire after developing a Quirk that turned half his body into lava and now spends his days under the sea to govern his kingdom and to keep himself alive. 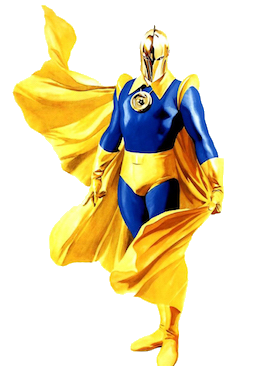 The first host of the Lord of Order, Nabu. Kent Nelson was an ordinary archaeology before he uncovered the Helmet of Fate, becoming an agent of order against the encroaching forces of chaos. 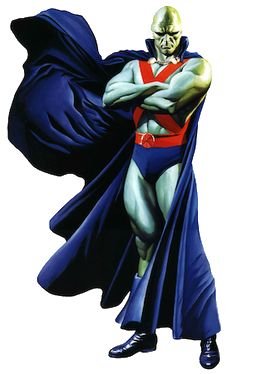 The Alien Atlas. He was the heart and soul of the Justice Society right up to its disbandment. His kindness and immense power endeared him to Earth's residents and he's one of the few alien heroes still spoken of fondly. 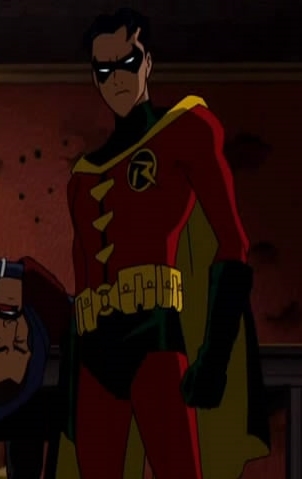 The second boy to hold the mantle of Robin. Jason was adopted off the streets by Bruce Wayne and trained to become the Boy Wonder. Cheerful, outgoing, and a bit of a wisecracker, he loved his role and longed to succeed his mentor as Batman until the events of World War II, which turned Jason into a much grimmer person who would eventually become the Red Hood. 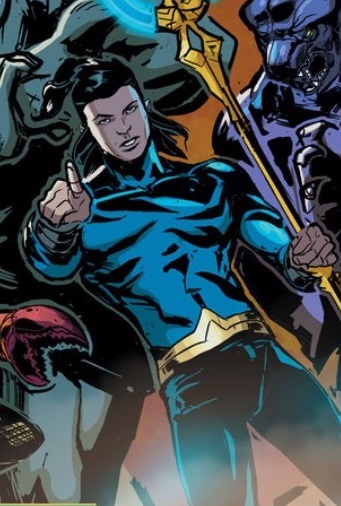 The first Aqualad and Aquaman's former sidekick. He joined the Justice Society after his relationship with Lilith fell apart.

A former archeologist turned superhero after discovering an ancient knife that killed him in a past life. Using the properties of Nth Metal to fashion himself a gravity-defying belt and mace, Carter protects the innocent under the guise of Hawkman with his partner/reincarnated lover Hawkgirl. Despite his aggressive personality and mild racism, he was recruited as a member of the Justice Society due to his skills and power. 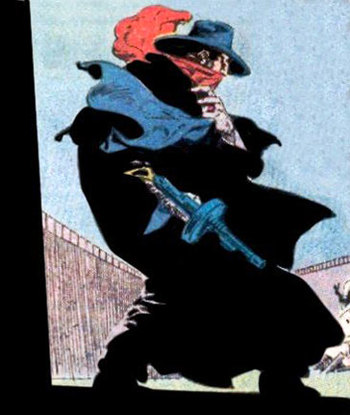 The dark avenger who sees the evil in the hearts of man. His known identity is Lamont Cranston, known millionaire playboy philanthropist who has made it his life’s mission to stamp out the bitter fruit evil produces in the form of criminals. He joined the Justice Society after promising Bruce Wayne, a former student he trained under a different identity, he would tone down his methods. His actual identity is Kent Allard, former French WWI pilot who, after indulging in many unsavory vices, found redemption in South Africa where he trained to become The Shadow. Due to his training, Allard is immortal and uses the identity of one of his agents to get information from the upper class’ social circles. 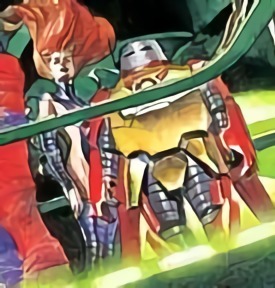 A vigilante based in New York City, she was recruited by Batman to join the soon-to-be named Justice Society. Her motherly attitude and husky-looking armor belie her incredible prowess in hand-to-hand combat.