Characters / Neither a Bird nor a Plane, it's Deku!

The Characters of Neither a Bird nor a Plane, it's Deku!.

Dr. Victor Fries was a brilliant cryogenics researcher who became a supervillain out of desperation to protect his wife Nora. But when he discovers that the Quirk she developed while in stasis had cured her of her life-threatening illness, he submitted to the authorities and became a model inmate at Arkham Asylum. After being released, he used his research to fund Fries Financial, a powerful conglomerate on par with Wayne-Powers and LexCorp and is celebrated as a philanthropist and an innovator.
Lex Luthor

The founder of LexCorp and one of the greatest people to ever walk the Earth. Born with an incredibly gifted intellect, he decided to use his talents for self-enrichment, becoming the wealthiest man alive with a hand in the pocket of every politician before turning to supervillainy. At some point, he reformed and became one of Earth's greatest Heroes, ushering in untold prosperity as president, helping to end World War III, and slashing poverty and starvation on a global scale. Even now, his name is spoken with both reverence and disgust, leaving him a polarizing figure in the modern day.

Saiko Intelli
An eccentric upperclassman Ochaco befriended during the events of Zero Year. The two became friends after Intelli protected Ochaco from the Terrible Trio, and Intelli roped Ochaco into helping her uncover the Seven Wonders of Shiritano Girls Academy.

Lori Lemaris
An Atlantean student of Isamu Academy, Lori is dissatisfied with the surface world due to its banality compared to her home. A romanticist at heart, she wishes her life would become more exciting. She finally gets her wish when Izuku Midoriya rescues her from a golem.

The spawn of the Kaiju that became Korusan Island. They're terrifying-looking creatures with shark-like heads sitting stop a myriad of tentacles. Despite their appearance, they simply want to live in peace, which Izuku ended up rudely disrupting when he barged into their lair. 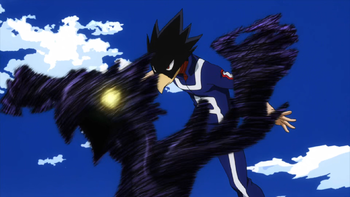 In canon, Dark Shadow is the Quirk of Fumikage Tokoyami, an ability that manifested as a shadowy monster that inhabits his body and could be summoned to fight on his behalf. This is not the case here. Here, Dark Shadow is a completely separate entity whose true identity is Tskymi, a Reality Warper from the Fifth Dimension bonded to Tokoyami through unknown means. 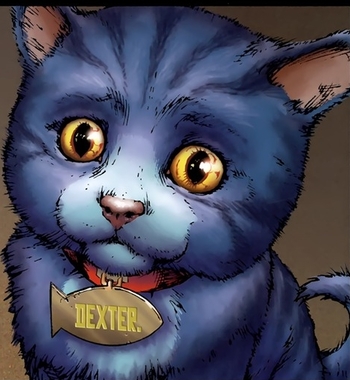 Bakugou's pet cat, whom he's had for as long as he and Izuku can remember. 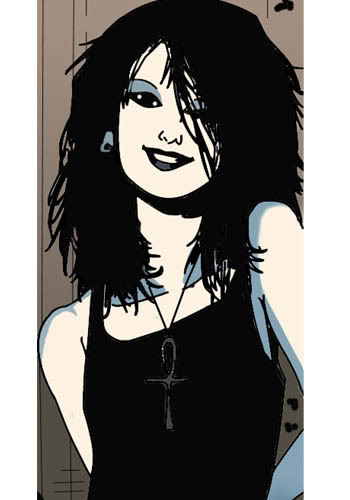 A member of the Endless, the seven primordial beings who govern over fundamental concepts like Dreams, Destruction, and Destiny. Death, as her name implies, is the physical embodiment of death and is destined to claim all of reality at the end of existence. Despite her ominous profession, she usually takes the form of a gentle, perky teenage goth, easing the transition into the afterlife and visiting mortals who walk a bit too close to her domain. 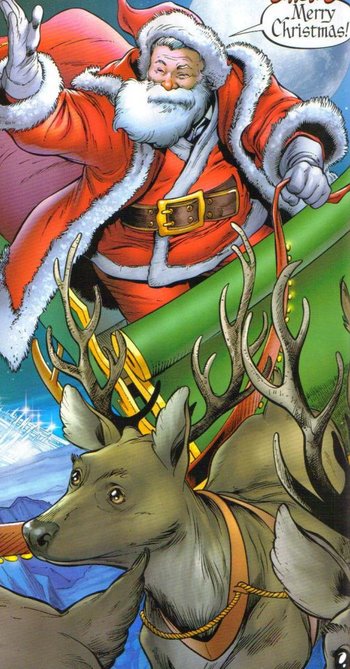 He goes by many names. Kris Kringle. Old Saint Nick. Father Christmas. But all know the spirit of Christmas himself. He spends every year toiling away in his workshop at the North Pole with a host of elves to aid him. On Christmas Eve, he departs from his abode to reward good boys and girls with toys and treats and leave lumps of coal for those on his naughty list.