Warning: Due to some spoilers regarding characters' identities, all spoilers on this page are unmarked. 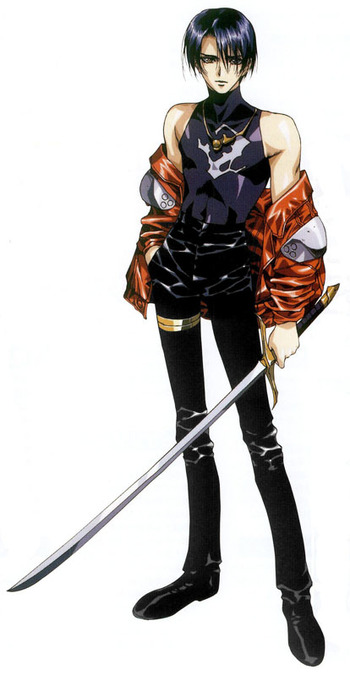 The main character of Growlanser. He was adopted and raised by the Court Sorceress Sandra, 17 years prior the beginning of the game. He lives with his sister Louise. 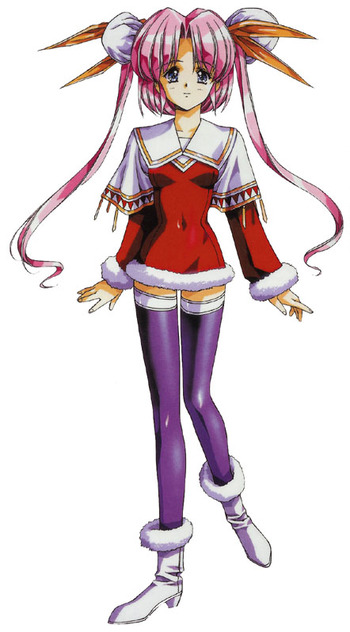 The daughter of the Court Sorceress Sandra. She is a Growsian, a being born through eclipses and granted with extraordinary magical powers. Her mother is teaching her the principles of Growshu magic.

A fairy created by Sandra to test Carmaine, and is also a teacher for Louise in her formation to Growshu magic.

An Imperial Knight of Burnstein. In Growlanser II, becomes the founder of the all-woman Unicorn Brigade. 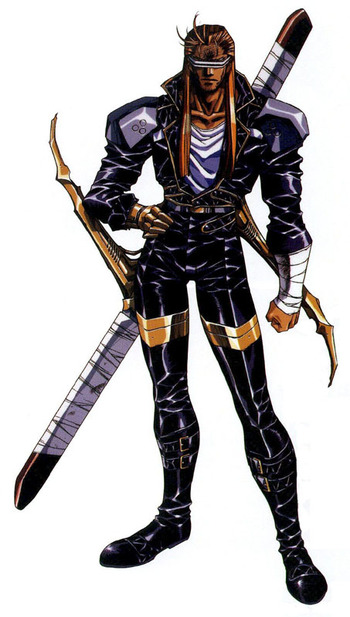 A mercenary who lost his eyes in a fight against some mysterious masked dark knights. He used to be known as the "wandering warrior". In Growlanser II, he fights on the front lines of a war against Burnstein as a general. 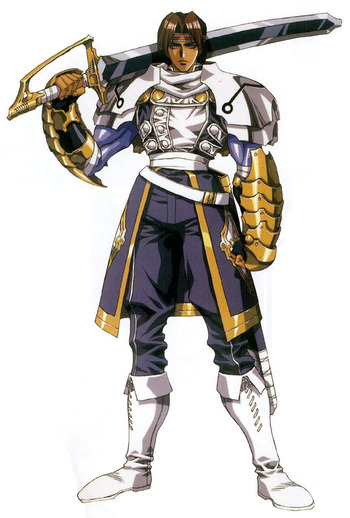 A strong mercenary protective of his sister, Karene. His hometown is Grandshill, and he was a champion at the arena. In Growlanser II, he accompanies Wein's group; initially to help prove their innocence when they're framed for a False Flag Operation, and then to help defeat the true culprit.

Xenos' sister, who is very knowledgeable about herbs due to their medical properties. In Growlanser II, she is an NPC, tending to a hospital in Grandshill. 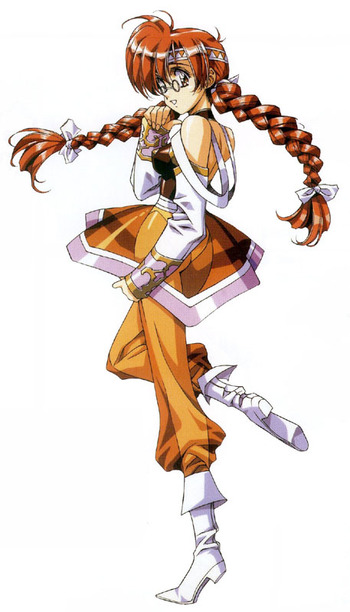 A student at the Magic Academy, and friend of Louise. She is a spunky and clumsy girl. She has fond memories of Maxwell, the Headmaster of the Magic Academy who took her in when she was an orphan, and thinks of him as a grandfather.

A researcher at the Magic Academy. He has a laboratory where he conducts his studies and develops technologies. Appears as an NPC in Growlanser II, where he is continuing his work.

A boy who, along with his parents, were targeted by Oswald. Carmaine and his party rescued them. He is told by his parents to deliver a letter to Rosaria before they must leave. He is the true king of Burnstein, having been replaced at birth with a duplicate. In Growlanser II, he is ruling Burnstein as its rightful king.

The Court Sorceress of Rolandia. She is also the mother of Louise, and foster mother of Carmaine. 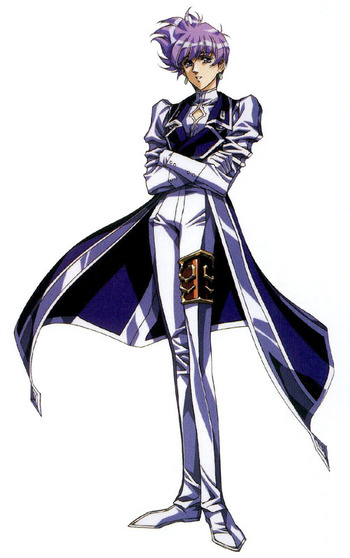 One of Burnstein's Imperial Knights, who had a close friendship with Ernest Lyell. 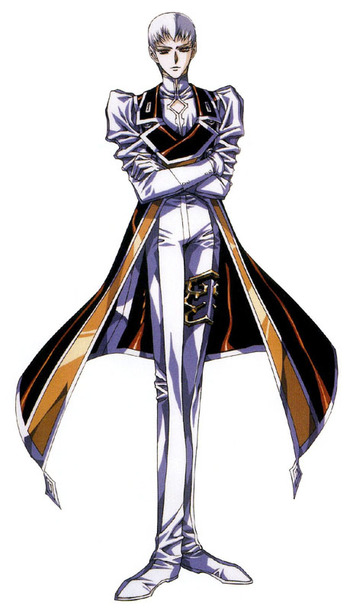 An Imperial Knight of Burnstein. In Growlanser II, he has been banished from Burnstein, but can still be persuaded to join Wein's party.

The current king of Burnstein. He's also the strongest of the Imperial Knights. 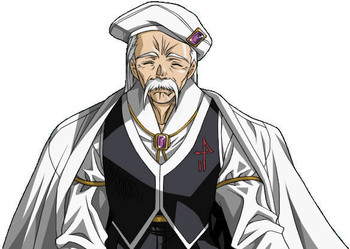 The former court sorcerer of Burnstein, and Sandra's magic teacher. He is the ancient ruler of the Growsians and actually wants to subdue humanity to his will. After hiding as a normal human for centuries, and being forced to work with Gevel for 20 years, he sets in motion his plan to reclaim his past days as a king.

General of Ranzack. He's said to be a man of few words but warm-hearted. Wallace says he was a mercenary comrade of his, a vice-captain.

Official of Burnstein Kingdom. He was also a vice-captain of Wallace's old mercenary unit.

The king of Rolandia. He gives duties and missions to Carmaine's group.

The father of Xenos and Karene, and a strong warrior who led the mercenary group that Wallace was a part of.

A Growsian woman who works at the Rashell health clinic as a doctor. She took care of Karen and saved her life after she was seriously hurt by Oswald. Marries her lover, Nick, after the first game. In Growlanser II, it's revealed that she also makes regular trips to Comsprings to treat Maximilian Schneider's mentally ill mother.

A swordsman from the village of Medis. After losing to Carmaine in a tournament in Grandshill, he gave up on becoming an officer and patrols the Rashell area to protect his lover Irene.

The Headmaster of the Magic Academy. He helps the heroes multiple times during their missions.

The vice-chancellor of the Magic Academy. He did a lot of research about the Growsians.

An eyepatched weapons dealer who schemed to prolong the war for personal income. He was involved with Maxwell by participating in the Growsian disappearance case.

A bandit leader who tried to make trouble with Karen and Eliotte.

The current Queen of the Featherians. She hated humans because they persecuted against Featherians and drove them away from land.

Ariost's mother, a Featherian who fell in love with a human. She was put in isolation for 20 years for violating Featherian rules.

A man that looks identical to Carmaine, claiming to be his long-lost brother. Is actually a clone created by Gevel to kill Louise.

A good-natured old man, a Growsian, and the chief of Clain village, a village in Burnstein. He took care of Wallace after the mercenary lost his arm and eyes in battle. Is attacked and killed by Shadow Knight Xenos, under Gevel/Richard's orders.

Burnstein royalty, the mother of their king. 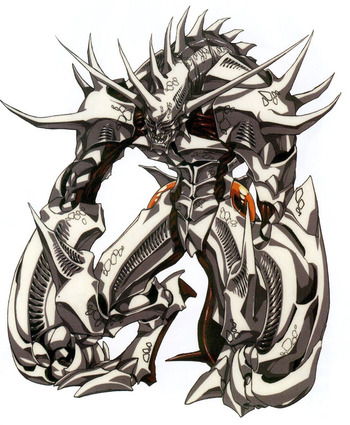 A legendary monster used in an ancient war between Featherians and Growsians, and sealed into the crystal mines. Wants to control human society and eliminate all Growsians. Created the Richard clone to rule humans from the shadows, and after fighting Belgar Langley, created younger clones of the warrior for his own personal army, one of which is Carmaine.

A girl researching the space-time distortions. She is an excellent researcher who receives special treatment at even the Magic Academy. However, outside of research, she is clumsy and will blunder on crucial situations.

A girl of the race of people with wings on their backs, the Featherians. Although she is among the Featherians, which highly regard cooperation, for some reason she is acting independently. She bears a strong hatred for humans, especially Growsians.

A man who always accompanies Melfie. He holds Melfie in high esteem although they are of different races. Every time Melfie starts a quarrel with humans, he peaceably intervenes.