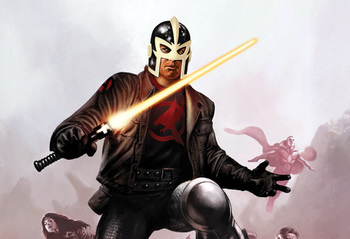 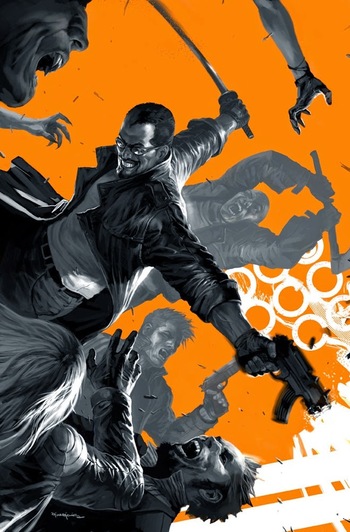 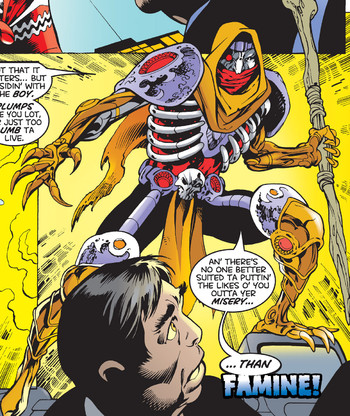 See X-Men: Rogues Gallery A to I
Captain Britain 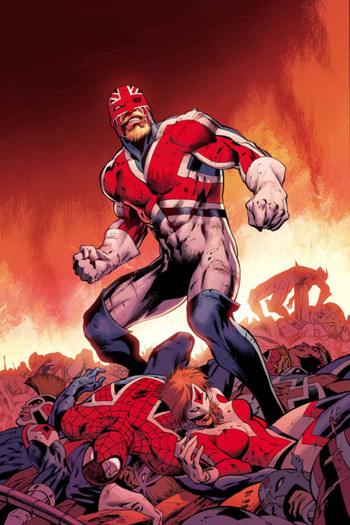 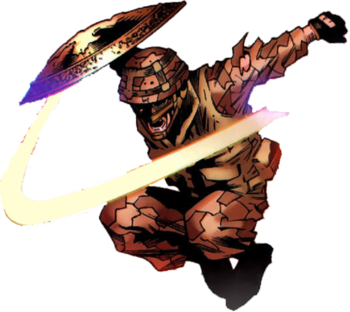 The English equivalent of an aged Captain America. He works for MI-13 under Pete Wisdom. 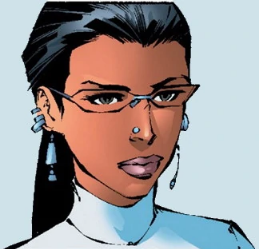 Constance was an MI:13 agent who told Pete Wisdom that he had kept his mutant powers intact after M-Day 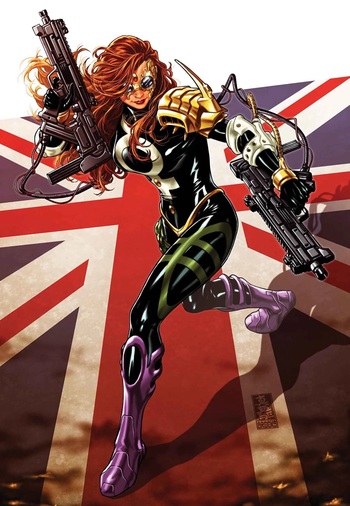 Shevaun Haldane became the hero known as Dark Angel shortly after witnessing her father's death at the hands of Mephisto and discovering Mys-Tech's occult ties. 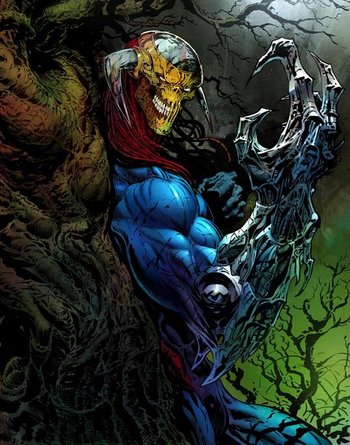 Created in the year 2020 by Dr. Evelyn Necker of A.I.M., Death's Head II's psyche consists of over a hundred different personalities - including the mind of the original Death's Head robot. 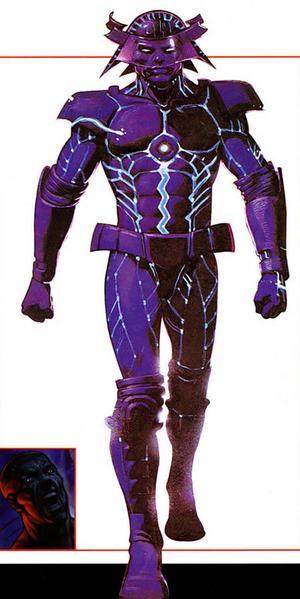 Jonathan Bryant was shot when the program he was working for was besieged by unknown operatives, he was somehow transformed when the project was hit with a stray bullet. 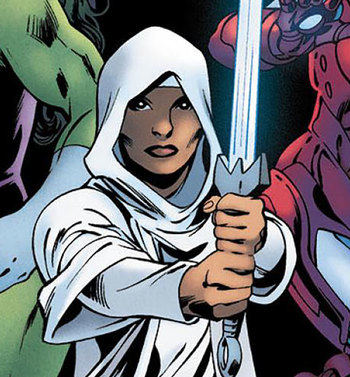 Faiza Hussain is a British doctor who gained super powers when hit by a Skrull laser whilst attending the wounded on the streets of London during the Skrull invasion of Earth. These powers appear to give Faiza a huge amount of control over matter at a sub-atomic level. So far she has shown the ability to completely deconstruct a human body into its base parts while keeping the person alive. She was also able to stop the motor functions of several Skrulls at once in order to assist Black Knight in a fight. 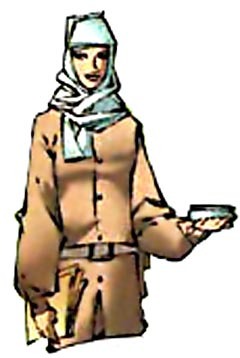 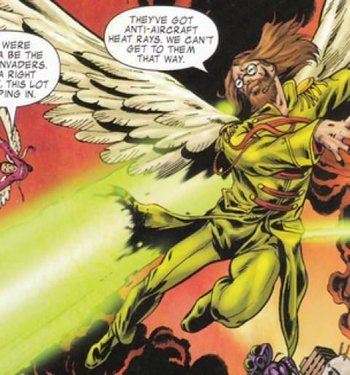 John the Skrull was an alien invader who was sent to Earth when Beatlemania was at its height, intending to use their enormous popularity to Take Over the World. Things got a bit out of hand, and the Skrull Beatles found that their lives were turning into an Affectionate Parody of the lives of The Beatles, complete with their version of Yoko Ono (Captain Boko of the Kree Liberation Army) and eventually disbanded. Naturally, John the Skrull soon found himself warming to humanity and decided that he rather liked this Insignificant Little Blue Planet. He joined MI:13 to try and protect the Earth (specifically the UK) from paranormal threats. He was killed during the Skrull invasion of Earth. 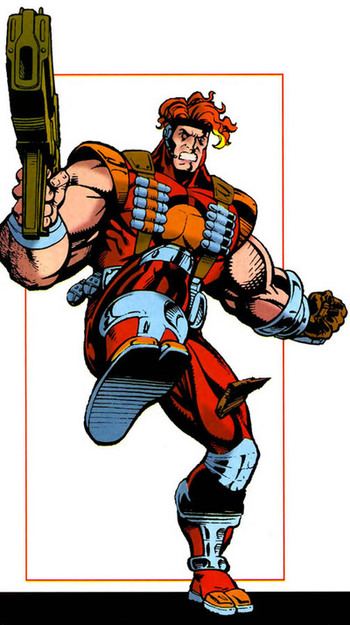 Killpower was genetically engineered by Mys-Tech's mad scientist Dr. Oonagh Mullarkey as a prototype fast-growing, throwaway super-soldier; tough, strong and not too bright, Motormouth's friendship made him a hero. 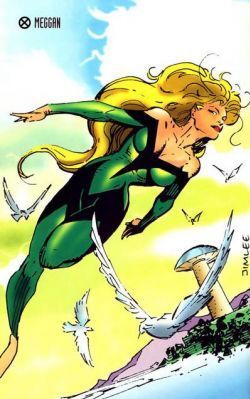 Micromax, with his mastery of self size-manipulation, teamed up with Excalibur for a short time. More recently he became a part of Vanguard; a black ops anti-terror squad. 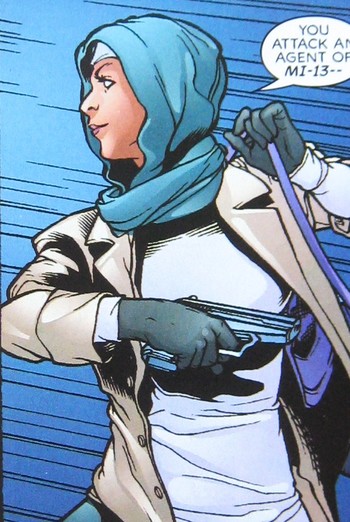 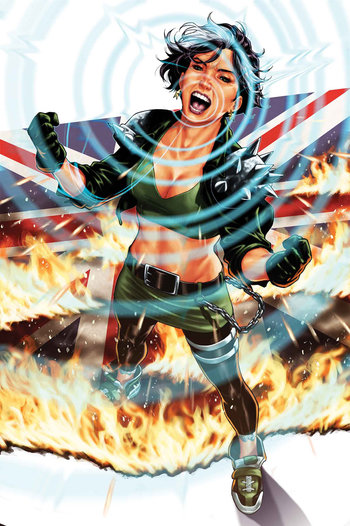 A British superhero with an attitude. 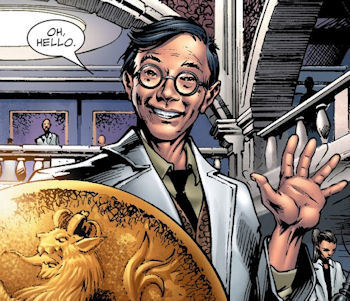 The quartermaster for Britain's MI:13.

Maureen is a clairsentient working for MI-13 under Pete Wisdom. 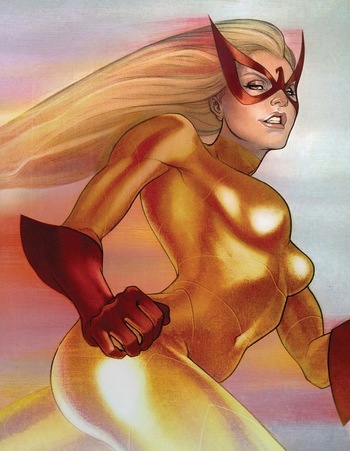 Alistaire Stuart is the twin brother of Alysande Stuart, and ally of Excalibur. 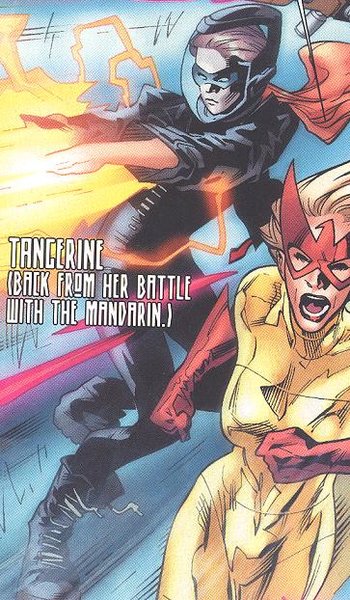 A British superhuman of unknown origin, Tangerine was a member of MI13 auxiliary. After battling the Mandarin, she was called in for the conflict with Dracula and his lunar vampire hordes. 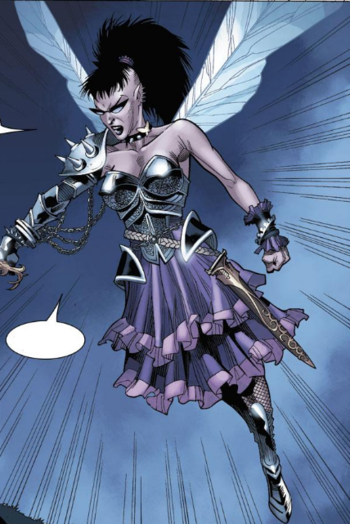 Tink is a fairy dissident working for MI-13 under Pete Wisdom. Tink is the daughter of the fairy king Oberon. She was cast out of her home of Avalon to live amongst humans. In Earth realm, she joined Pete Wisdom's superhuman team MI:13, as one of the original members of the team 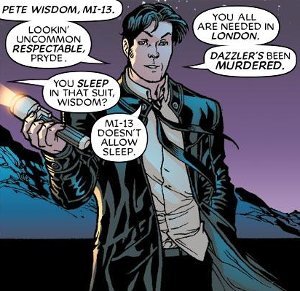 Pete Wisdom was an agent for the British government organization Black Air, a group that conducted research and investigation of supernatural phenomena. Now Pete is the director of MI 13, the department of the UK government that handles supernatural threats. 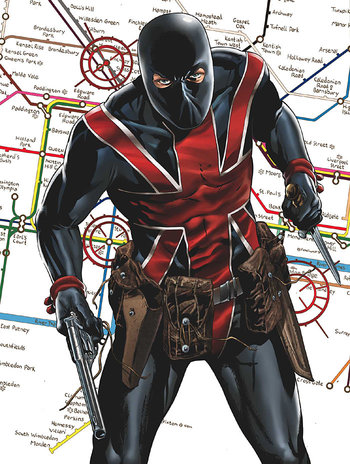 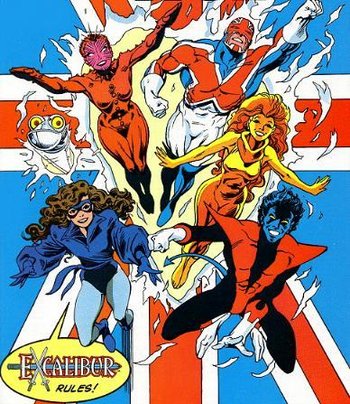