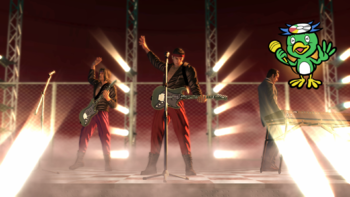 This is a video game series by SEGA that's about running through the mean streets of Japan beating up any punks that get in your way, so of course it's going to have awesome music tracks! And don't be too surprised if you find yourself getting hooked on karaoke, too.