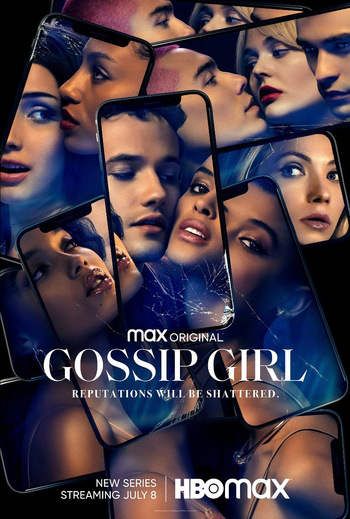 Reputations will be shattered.
Advertisement:

Gossip Girl is a teen drama and sequel to the series of the same name that aired on The CW from 2007 to 2012, itself based on the book series by Cecily von Ziegesar.

Set nearly a decade after the original blog went silent, a new generation of entitled teens on the Upper East Side of Manhattan become targets of public fascination when someone identifying themselves as Gossip Girl emerges on social media. With the internet now more prevalent than ever before, nobody is safe under the watchful eye of Gossip Girl — possibly not even Gossip Girl themselves.

Gossip Girl debuted on HBO Max on July 8, 2021. Later that year, it was renewed for a second season, which will premiere on December 1, 2022.