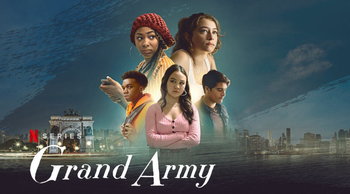 Grand Army is a 2020 American Netflix original drama series. It is loosely based on Katie Cappiello's 2013 Slut: The Play.

The first and only season was released on October 16, 2020. It was cancelled