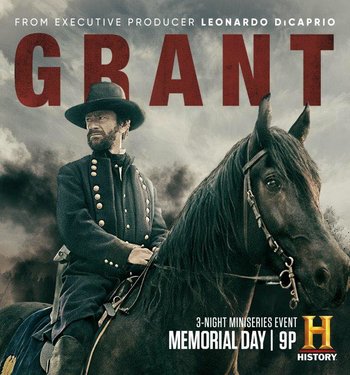 Grant is a three-part Mini Series/ Documentary series, producer by Leonardo DiCaprio that aired on The History Channel in 2020.

Through a combination of expert interviews and filmed dramatization, the series explores the life of Ulysses S. Grant and how he grew to become one of America's greatest military leaders who led the Union to victory in the American Civil War and, evenutally, President of the United States. It also examines Grant's humanity and vulnerabilities and seeks to create a three-dimensional image of an important historical figure few people actually know much about.