Film / Now and Then 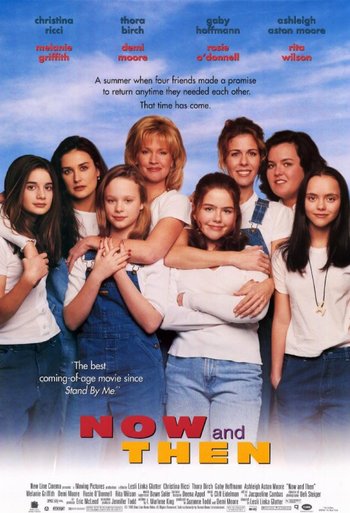 A 1995 film about four girls growing up in Shelby, Indiana. The bulk of the story takes place in a flashback to 1970 when the girls were 12, and is told from a single point of view.

A family-friendly edition was also released on VHS (as a part of the New Line Home Video Family Line series) and also DVD. There are no plans for a Blu-ray release (as Warner Home Video backed out of the licensing deal with Mill Creek Entertainment).

Essentially a Gender-flipped version of the 1986 classic Stand by Me. Definitely not to be confused with the anime Now and Then, Here and There.

The film includes the main characters both as 12-year-olds and as adults. Casting different actors.

Written by I. Marlene King, who later developed another, very different story about four female friends, as well as Just My Luck with Lindsay Lohan (as a Gender-flipped, Freaky Friday (2003)-ified movie).