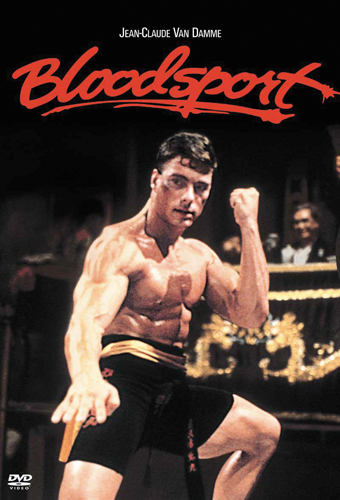 Bloodsport is a 1988 martial arts action film starring Jean-Claude Van Damme. The inspiration comes from martial artist Frank Dux, who claims to have entered a secret and deadly martial arts tournament in the Philippines called the Kumite − although the film relocates it in Kowloon Walled City instead. Dux's story is widely suspected of being a hoax, as no part of it has ever been confirmed, and some claims are outright impossible.

Starting with his childhood he accidentally earns the (mild) respect of an Asian martial arts master, Senzo Tanaka, who uses him merely as a living practice dummy for his son. When the son dies in an accident, Dux convinces Tanaka to teach him his secrets. As an adult Dux grows into a very talented, precise, and flexible warrior. Learning of the Kumite, he skips out on some military obligations to participate, bringing him into conflict with his superiors.