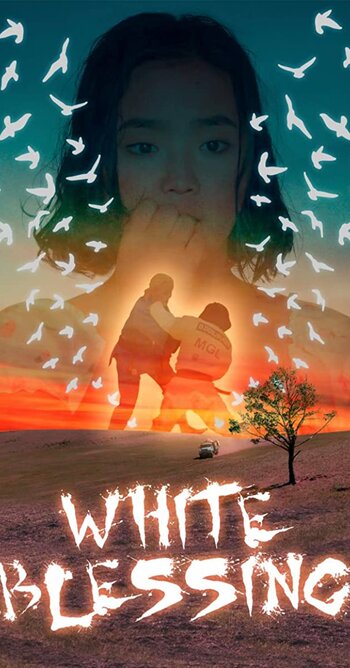 White Blessing is a 2017 film from Mongolia directed by Janchivdorj Sengedorj.

It is a sports biopic of Mongolian judoka, Sumiya Dorjsuren

, nicknamed "Davaa". Davaa grows up in a rural village, where her mother dies when she is a schoolgirl. After her father remarries, Davaa flatly refuses to accept her new stepmother, and instead, moves to a town to live with her uncle.

Eventually Davaa makes peace with her father and stepmother. But while living with her uncle she develops an interest in judo. Davaa shows great talent as a judoka, even while dealing with injuries, and at one point having a nervous breakdown. Finally her judo career reaches a peak with the 2016 Summer Olympics in Rio de Janeiro. Can Davaa win gold, and glory for Mongolia?