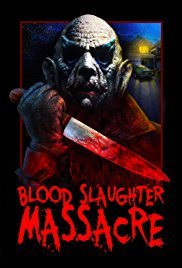 Ten years ago, a mass murderer slaughtered the district attorney and 23 others in the small town of Havenwood. Officer James Fincher managed to confront the maniac, only to be nearly killed in the attack. The killer escaped, and vanished into the void. Now, he's returned to kill again. Can now-Detective Fincher stop the slaughter he failed to end so many years ago?