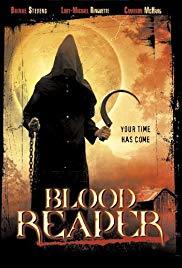 Your time has come.
Advertisement:

Blood Reaper is a 2004 American Slasher Movie. It concerns a group of campers being tormented by a maniac.